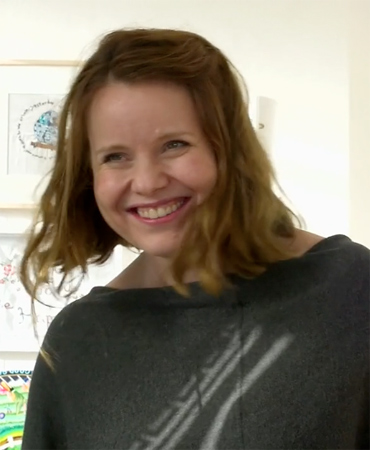 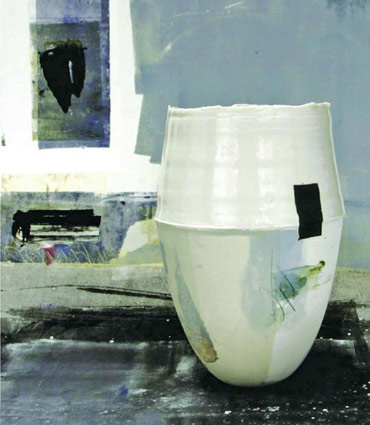 “This collection explores the layered landscapes and sea-washed, weatherworn surfaces of the British coastline," says Hannah Tounsend. "Marks, lines and diffuse merging colours are built up, cut through and dissolved away. The repeatedly worked surfaces of clay and print are under constant revision, referencing the endless remaking of the shore.”

Read more about Hannah Tounsend in our News & Reviews section 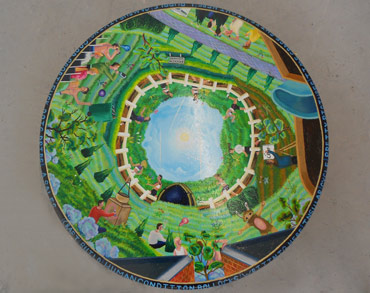 "This painting investigates some broader issues concerning the university campus of Loughborough. The campus is expressed as a form of insular bubble, separated and isolated from the outside area, but sublime almost to the point of being overwhelming. Compositionally, L, Bubble is based on old maps; such as The Fra Mauro map. The surface and brushwork of the painting are influenced by Vincent Van Gogh, but also by contemporary painters; Nigel Cook and Ged Quinn who invent symbolic, universal mythologies within their image’s. This is realised in L, Bubble with the symbols in the painting being aimed at certain aspects of Loughborough student life."

Read more about Andrew Sales in our News & Reviews section 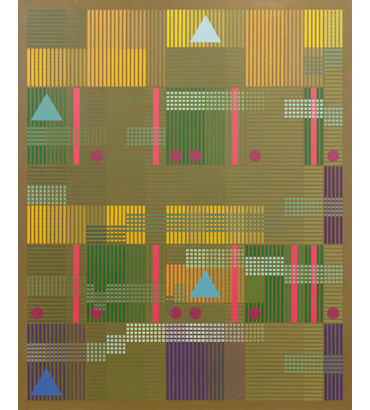 “I design geometric colour compositions which respond to specific pieces of music. each painting is a distinct ‘performance’ of its aural counterpart - this performance then becomes part of an on-going dialogue between previous versions of the same composition, as well as with paintings of entirely different compositions. Simultaneous contrast, tonal and rhythmic intervals are vital to my designs, as are assimilation, successive contrast, gradation, repetition, inversion and counterpoint.”

Read more about Huw Janes on our News & Reviews section

The LSA Student Award 2015 is in its first year and was set up to offer opportunities for students living or working at colleges or universities in Leicestershire.  It is sponsored by West End Gallery, who provided the prizes, framed the winning work, and will be showing work by Hannah Tounsend, Huw Janes and Andrew Sales in the gallery in 2016.

Leicester Society of Artists would like to thank West End Gallery for sponsoring the LSA Student Award 2015, and Creative Leicestershire for their help and advice.