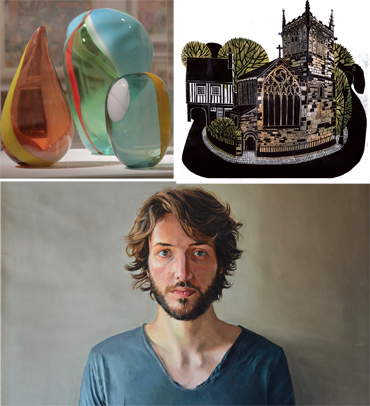 The Charles Stanley and LSA Prizes in the Annual Exhibition 2017 were chosen by Jiten Anand, Director of An Indian Summer and Yasmin Canvin, Director of Leicester Print Workshop, whose comments on the works are listed below. 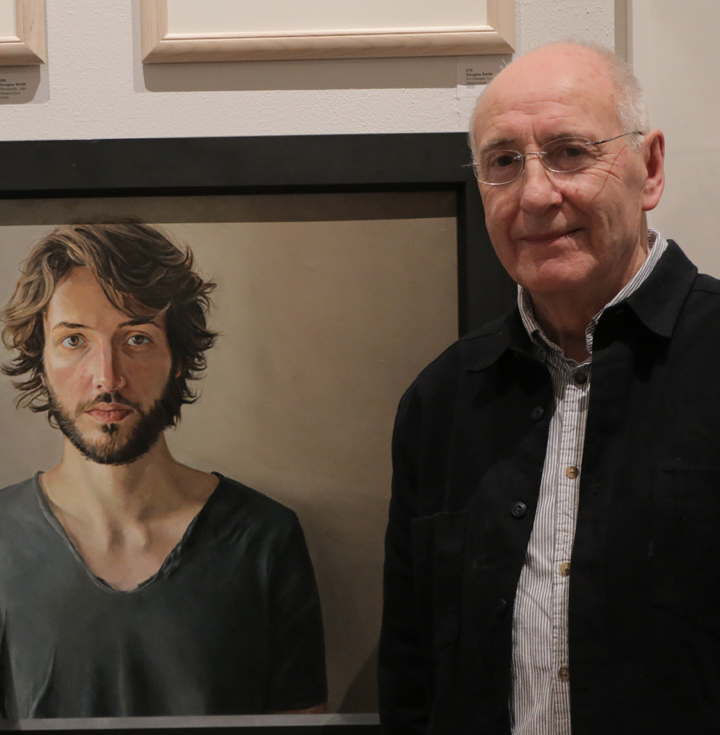 'Portrait of Alex',  oil on canvas

"Outstanding technique and extraordinary sense of detail. Despite the muted colours, the portrait jumps out at you with the sense of realism and use of light." 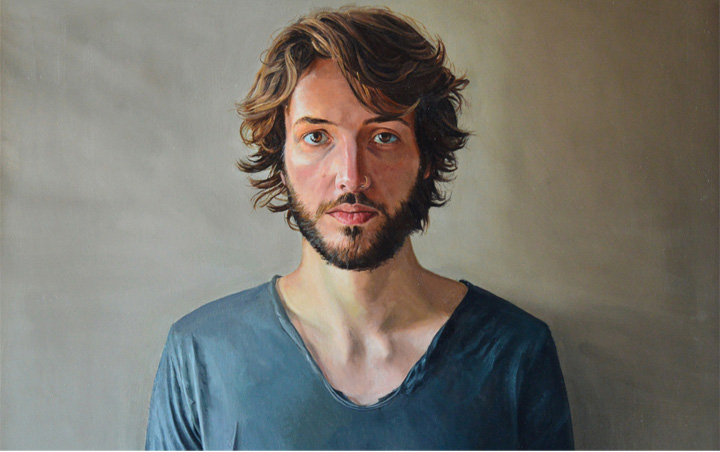 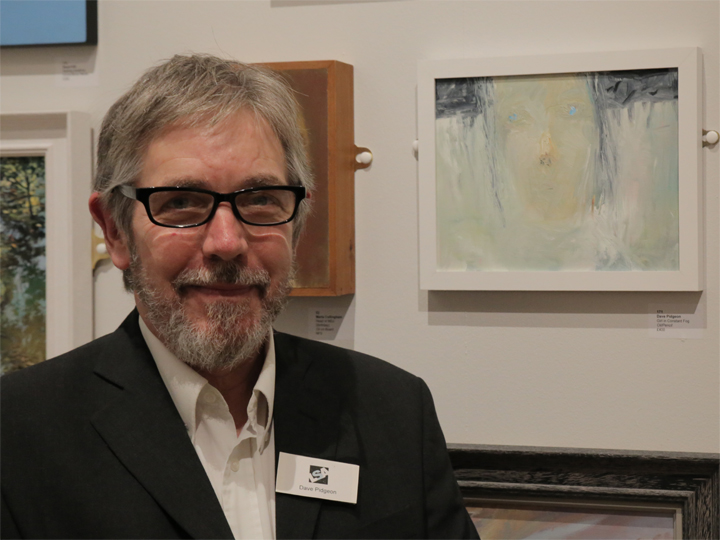 "This piece feels very melancholy and unnerving, incredible simplicity used to paint the image, bringing out such depth of emotion." 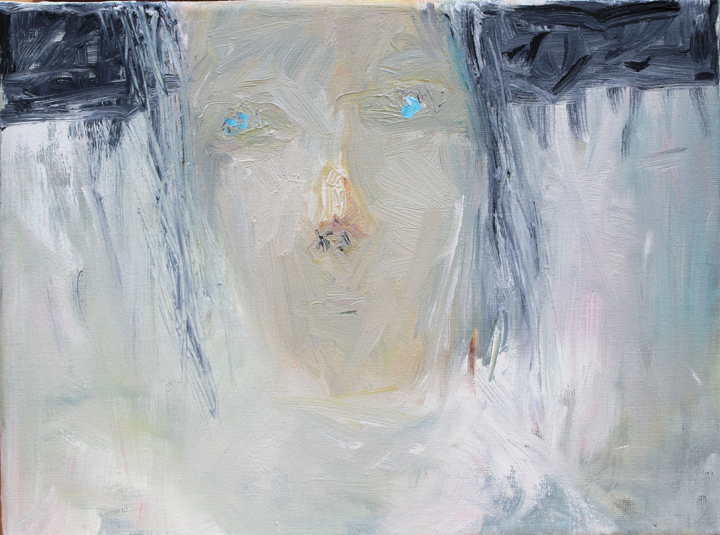 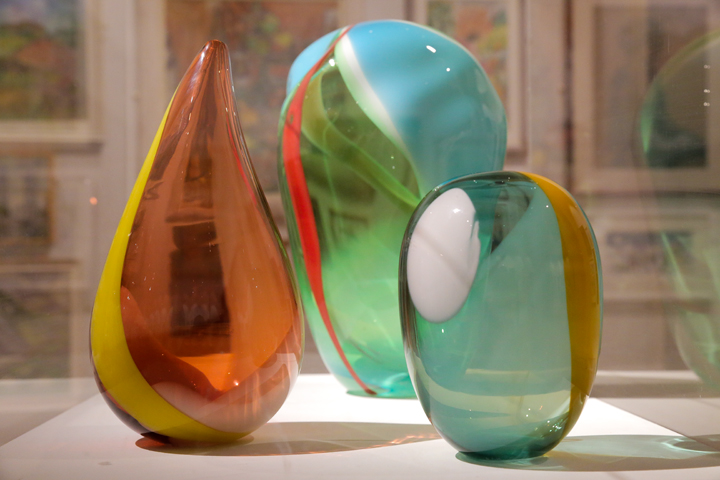 "An instant eye-catching piece of art, accessible and easy to like with the vibrant and surprising set of colours, connecting the overall piece with its individual shapes." 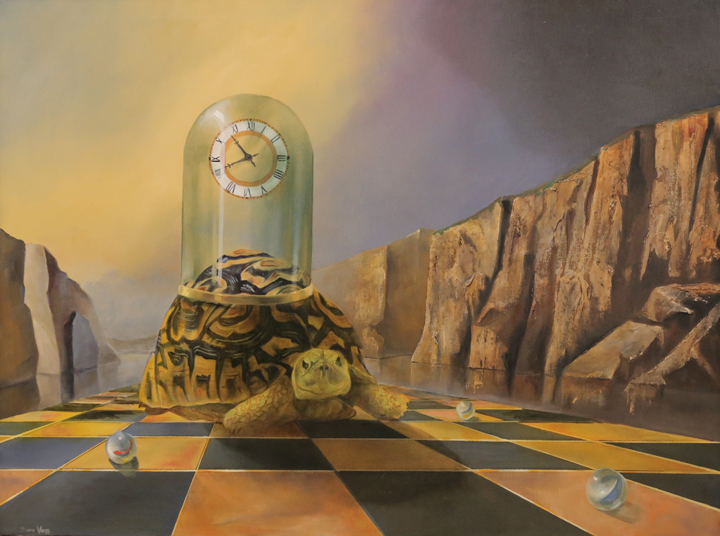 John Voss, 'Time and Tide waits for No One', oil

'Time and Tide Waits for No One', oil

"The irony of the slow turtle and speed of time portraits a thought provoking picture, a very strong painting in terms technique and the story it is portraying." 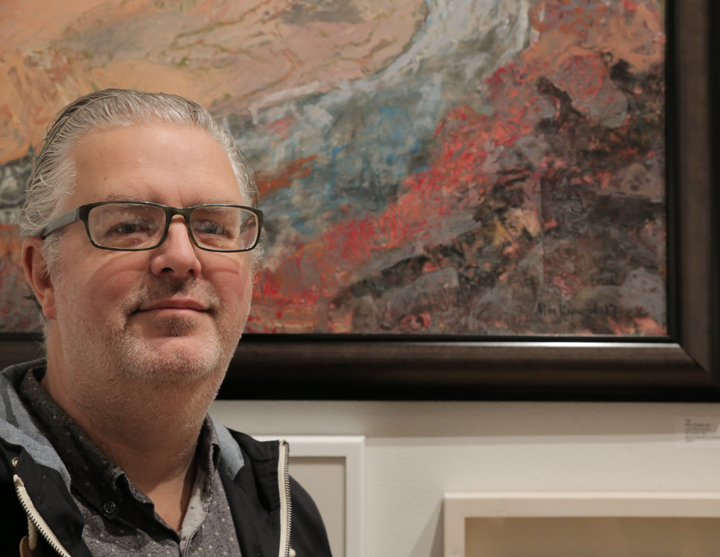 'Low tide across St Austell Bay', mixed media on board

"Beautiful mark making," said LSA Chair Suzanne Harry who chose the work to win this prize, "A painting I just want to keep looking at."

"This painting instantly brings out a sense of emotion, the object feels very grounded, compared to the extreme contrast with the lady, who has a presence but feels ethereal." 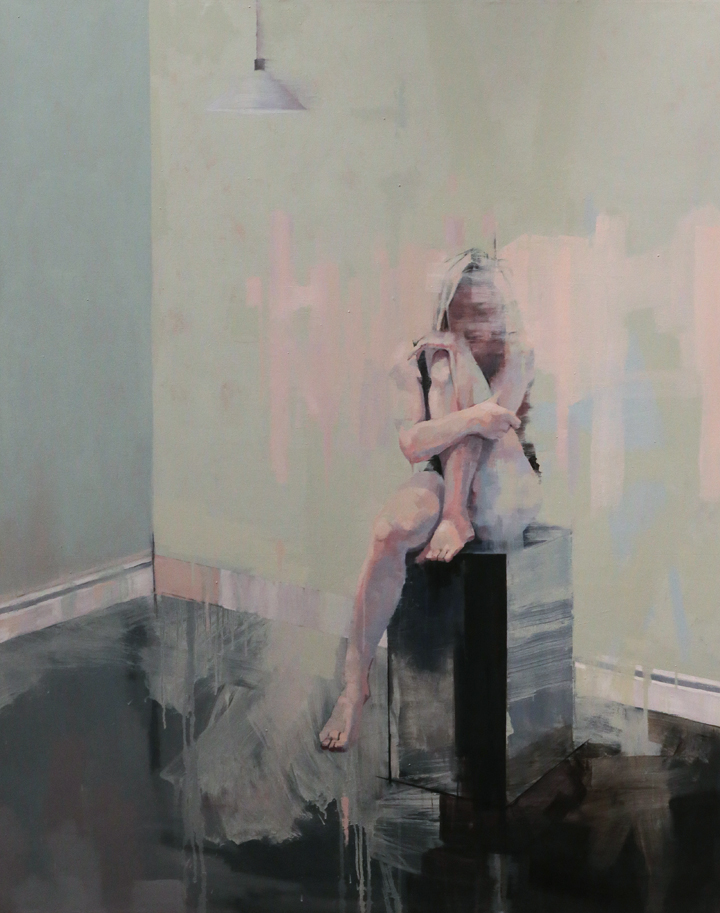 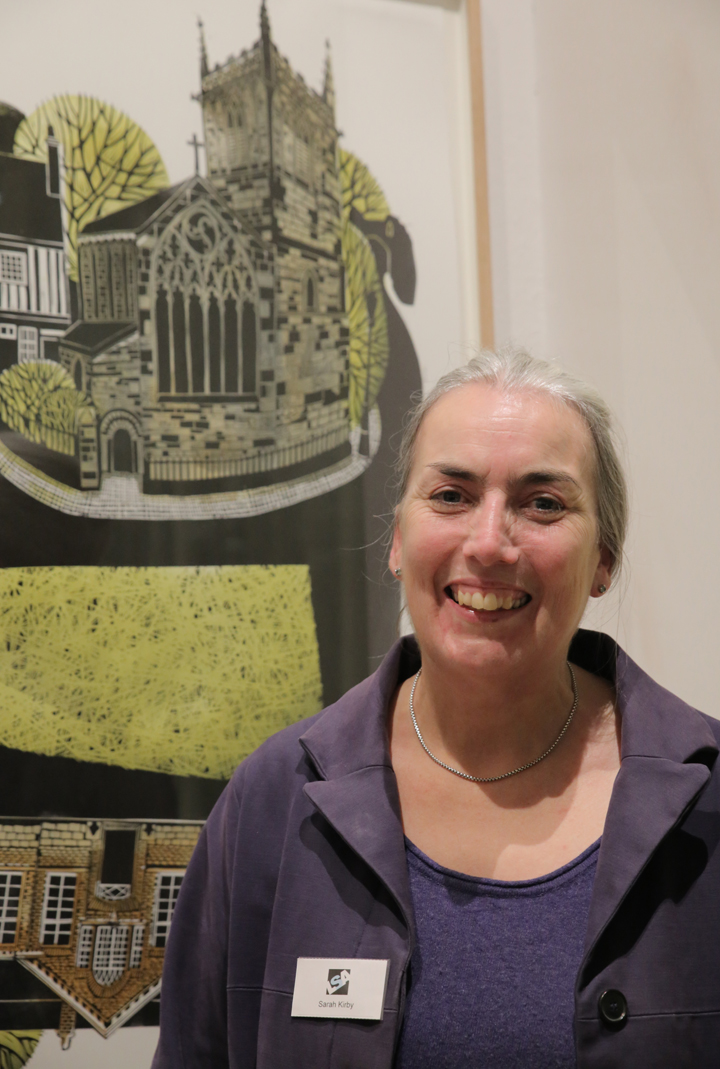 "Brings out the feeling of being lost in a city and losing your sense of direction. Beautiful architectural shapes, like everything around her has become a pattern."

The LSA Student Award is open to students in full or part time education at a college or university in Leicestershire, studying a foundation course or degree course in 2017 in any art or design discipline.  The winning student works were selected by the LSA Student Award selection team. 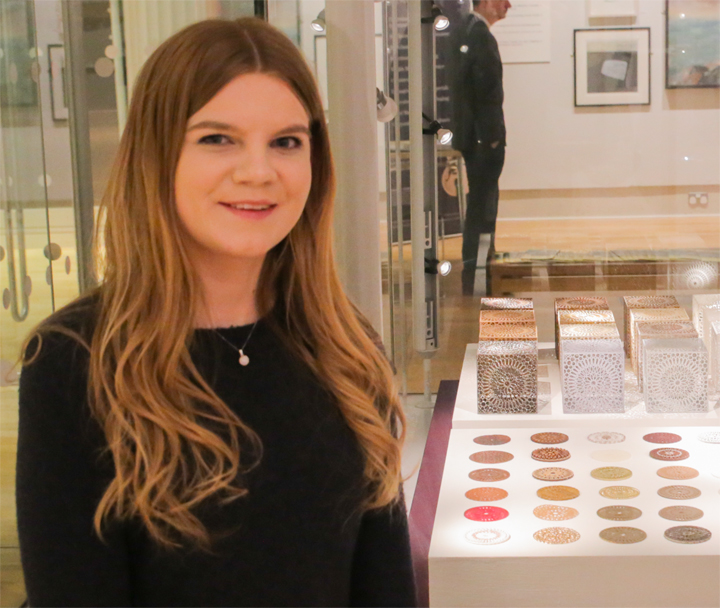 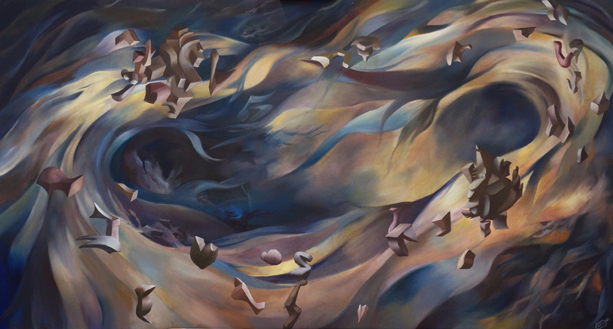 Holly Kerslake, 'We can get Along', oil on canvas

Holly Kerslake
BA Fine Art, Loughborough University, 'We can get along',  oil on canvas

Stefania produced an intriguing series of works entitled  'The Anatomy of The Mind-Body', which left us wondering how the various effects had been achieved.  - Suzanne Harry