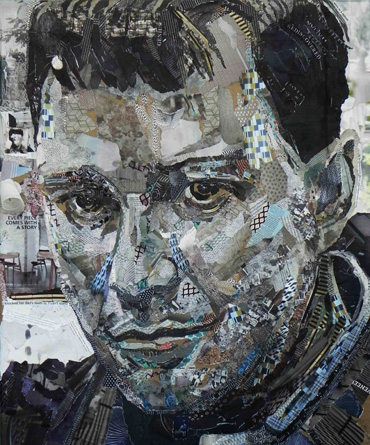 Joe Orton (1933-1967) was a major twentieth century British playwright. August 9th commemorates the 50th anniversary of his death in 1967. Born in Leicester, Orton grew up in poverty on the Saffron Lane housing estate and worked in local factories before winning a place at RADA, the country’s foremost drama school. There he met Kenneth Halliwell, the man with whom he would spend the rest of his life. Halliwell became Orton’s partner, mentor and murderer.

The exhibition presents new responses to Orton’s life and work through art, inspired by Orton’s own interest in the relationship between writing, painting, sculpture and collage.