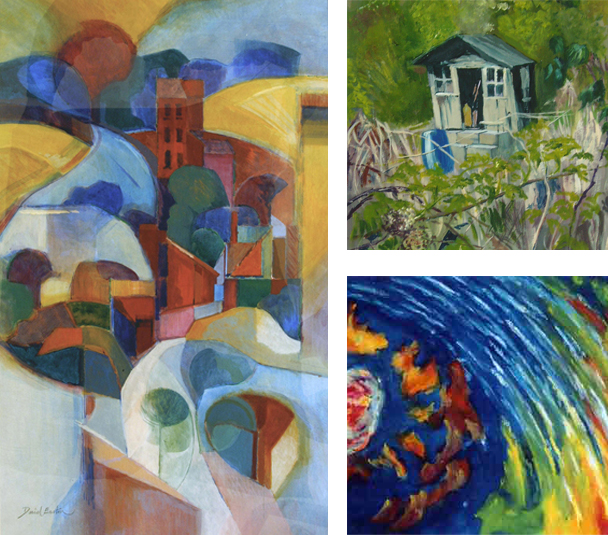 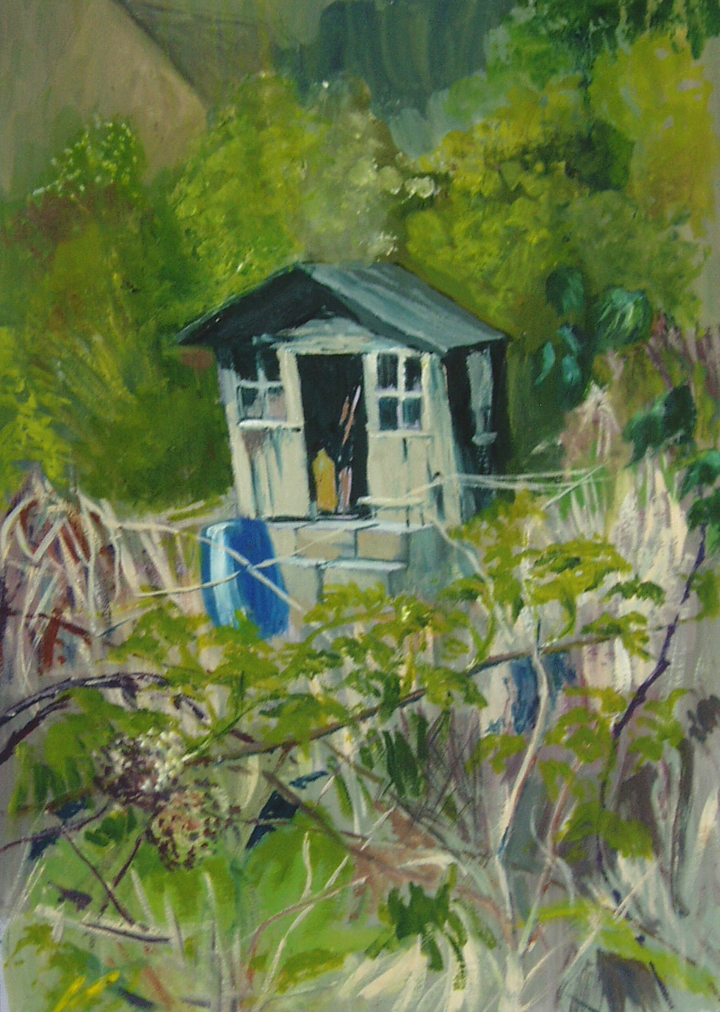 Anthony Beber, a painting from the Allotment Hut series

Anthony Beber worked on a series of paintings that he called 'urban landscapes'. 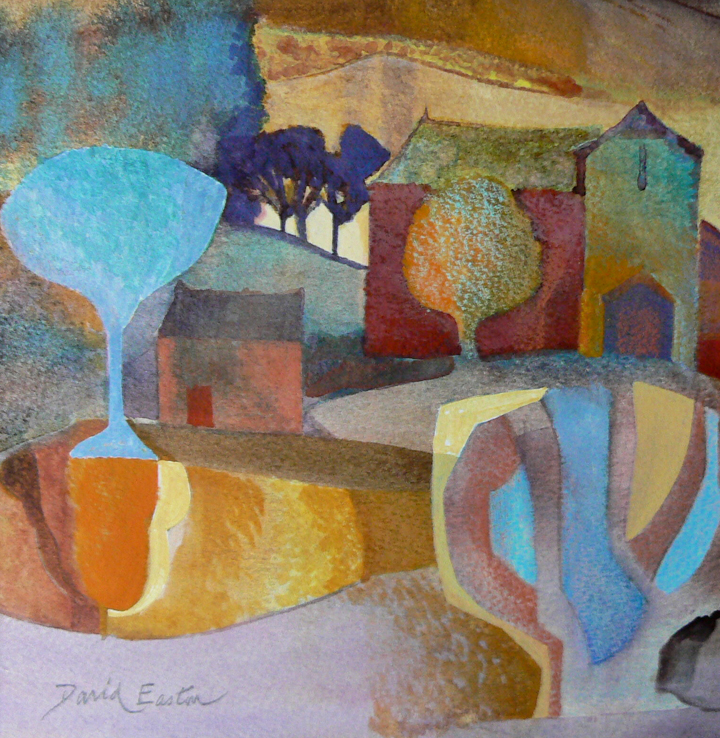 David Easton trained at Leicester College and after working as a graphic designer he completed a B.Ed in 1976 then worked as a teacher in schools and colleges. He was a self-employed professional artist from 1982.

In 1985 David Easton was elected a Member of the Royal Institute of Painters in Watercolours (RI). His work has been shown in group shows by galleries throughout the UK and he is the author of two books on watercolour painting. David Easton was Secretary of Leicester Society of Artists from 1998 to 2005. 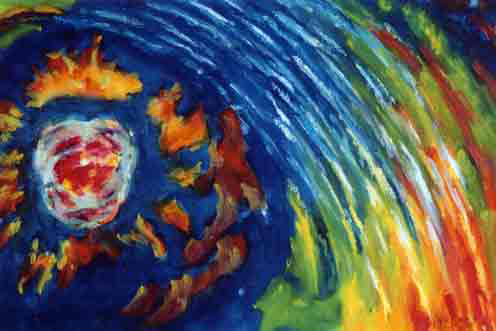 In the 1990s Joyce was approached by the Leicester Space Centre to interpret images from the Hubble Telescope of distant galaxies. Capturing the light and resultant colours from long gone stars inspired and formed the body of her life’s work.

Joyce was an active member of the LSA for many years and for a time Artist in Residence for Leicester City Council.