Vivienne Cawson in The Artist magazine 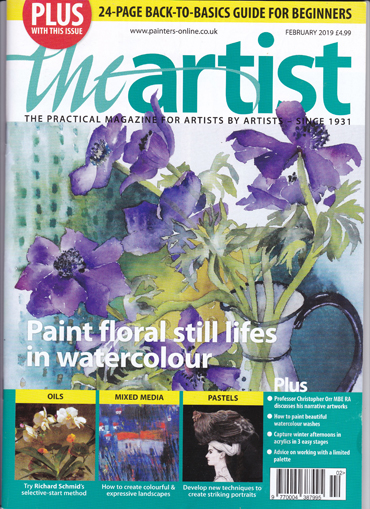 A four-page feature on Vivienne Cawson's watercolour floral still life demonstration appears in 'The Artist' to open the New Year in 2019. "I was thrilled to have my work on the cover of 'The Artist' for the second time too," says Vivienne. 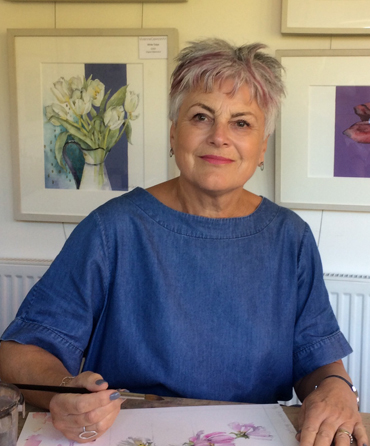 Vivienne discusses the progression of her painting of Blue Anemones in Two Jugs' in the article, from the decisions made in the initial setup to changes that develop through the painting process.  Natural forms and painting from life form a strong contrast with geometric patterns in her work.  Trained in Printed Textiles at Leicester Polytechnic College, Vivienne Cawson integrates other media into the watercolour for a contemporary response.

"The flowers are painted slightly larger than life as I like to have the room to play around with the paint. Working from life allows me to take advantage of the changes that occur in the life of a flower, " says Vivienne. She builds us the composition, mindful of the negative shapes, following her 'paint-draw-paint-draw' approach, making decisions about the composition and colour along the way. "My training as a designer has taught me to be open-minded and strive to resolve problems," she says. 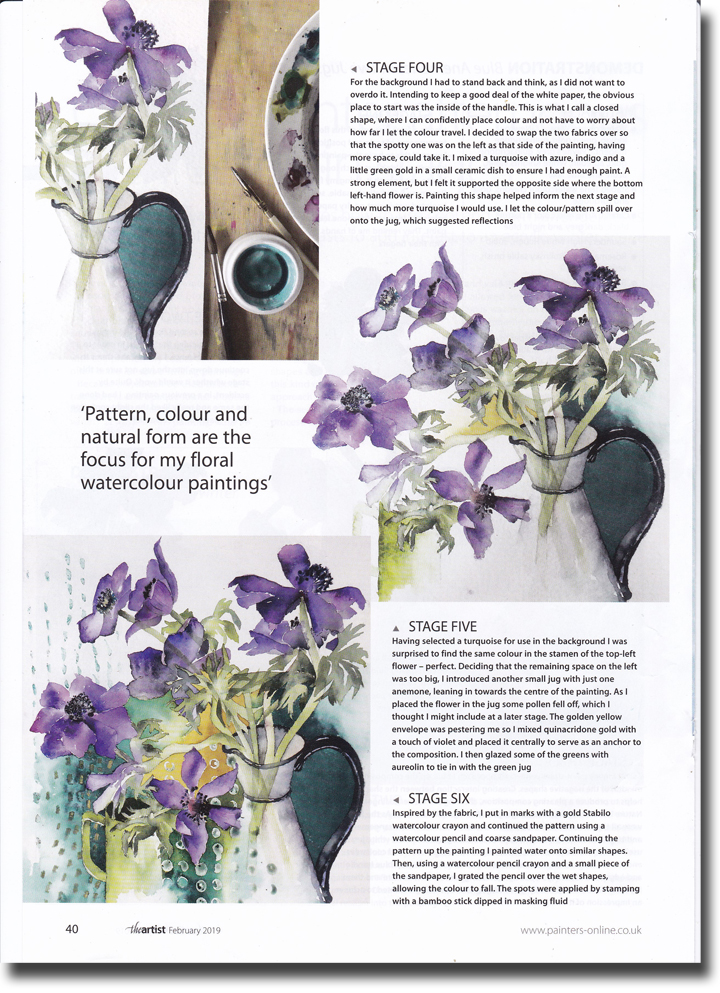 Vivienne works on Saunders Waterford High White Rough 300lb paper  and a fairly limited palette of watercolours, which she feels helps to keep harmony in a painting.  As well as traditional size 10 sable brush, she also uses a ruling pen, drawing gum, Neo Color II watersoluble pastels, a bamboo stick and a stick from a forsythia shrub. 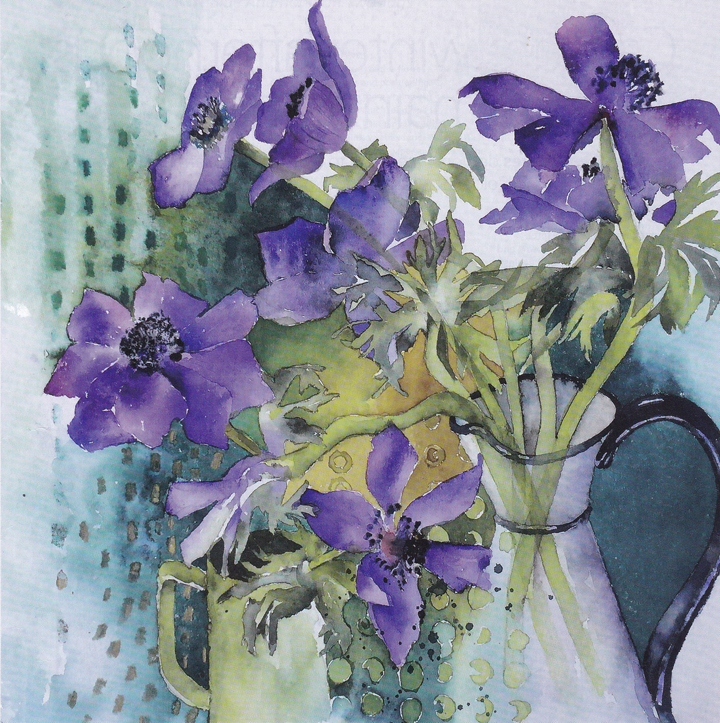 "There is much more colour than I had originally intended," says Vivienne of the finished painting.

"I enjoy this organic process ' the inevitable struggle in the final stages and the way the addition of the green jug forced me to take a different path."

Vivienne Cawson is an elected member of the Royal Birmingham Society of Artists (RBSA) and Leicester Society of Artists (LSA).  She runs watercolour workshops from her home studio in Leicestershire, gives demonstrations for art societies and exhibits at national events.