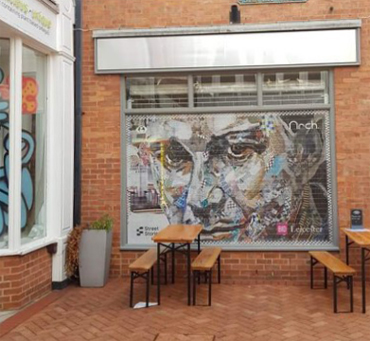 Artworks by local artists currrently displayed in central Leicester are part of in a new initiative to improve the appearance of empty shops. BID Leicester has worked with local agency Arch Creative to deliver a new vacant units project, designed to improve the appearance of empty shops in the city centre and turn them into points of interest. Working with ten local artists spanning a range of styles and mediums, ‘Street Stories’ celebrates the innovative achievements of pioneering people from Leicester, and also explores some powerful themes including human rights, the environment, consumerism and identity.  Read more

“Since we started working on Street Stories, the project has taken on a new level of significance," says Arch Creative Director Joe Nixon. "We’ve been able to give a platform to the incredible artists we have in our city, but also continue to grow the reputation Leicester has as a city of creativity and culture.”

There is an interactive Augmented Reality (AR) twist, bringing the artworks to life with multi-sensory animation, and triggered by a free downloadable smartphone app by Arch in partnership with Graff.io Arts. 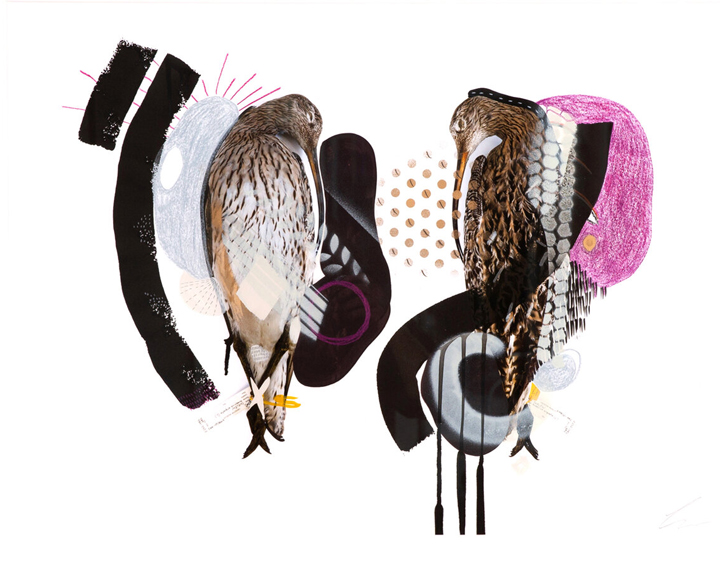 "It's great to be part of a public art project that is improving the appearance of empty shops in Leicester," says Lucy.  "I also love that my work has been linked to broadcaster and natural historian, David Attenborough and it's available to access by anyone. The work really comes alive using augmented reality but I dot want to tell you what to expect you, need to experience it for yourself!"
www.lucystevens.co.uk 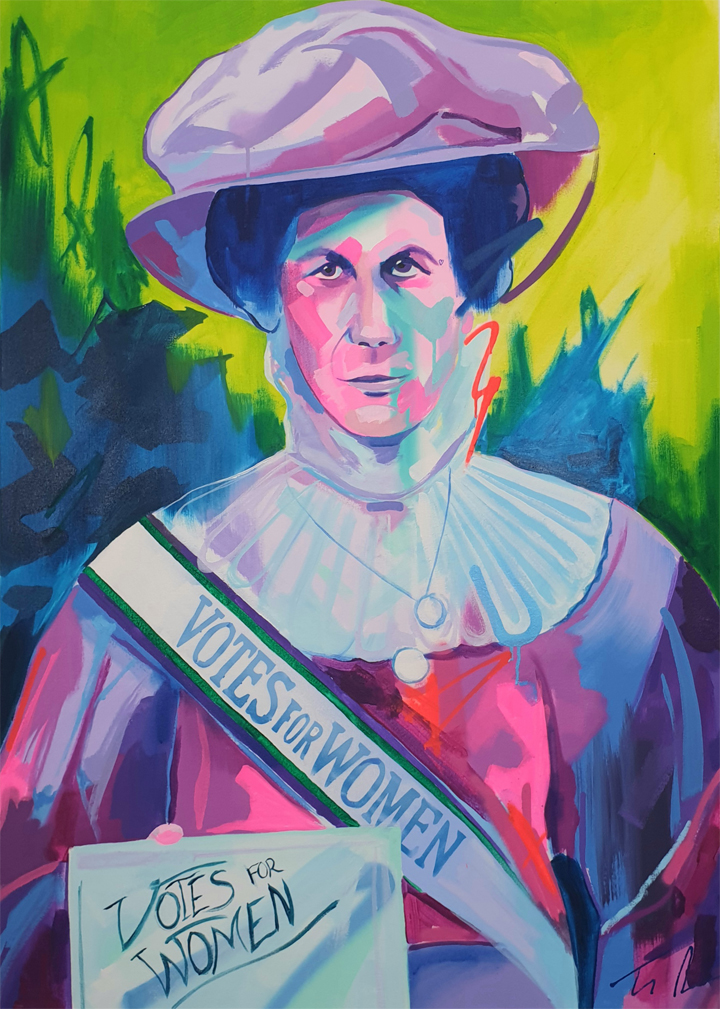 Alice Hawkins, Leicester’s most famous suffragette, was born in 1863. From the age of 13, she worked in a factory making boots and shoes. Mother to five and wife to Alfred Hawkins, she joined the Independent Labour Party in 1894, and through this organisation, met Sylvia Pankhurst – one of the best-known suffragettes of her time – where they formed a friendship, especially after being imprisoned together.
www.timjfowler.co.uk 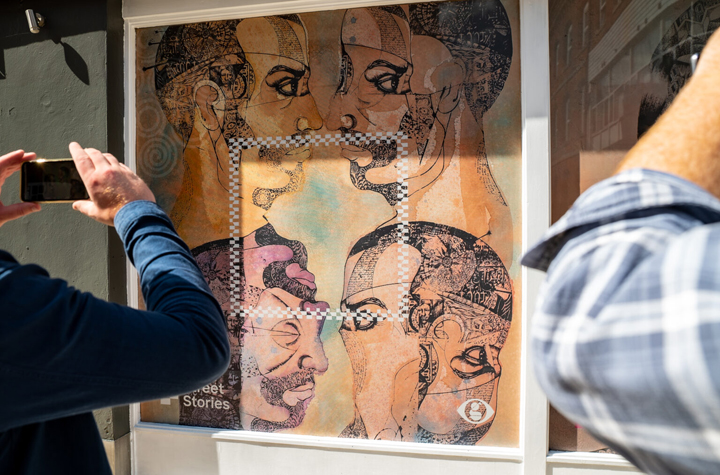 Sir Alec Jeffreys moved to the University of Leicester’s Department of Genetics in 1977 and this is where, in 1984, he had his eureka moment, which has forever revolutionised Forensic Science. He had stumbled upon a method of showing variations between individuals’ DNA – inventing and developing the concept of DNA fingerprinting.
www.georgesfougaras.com 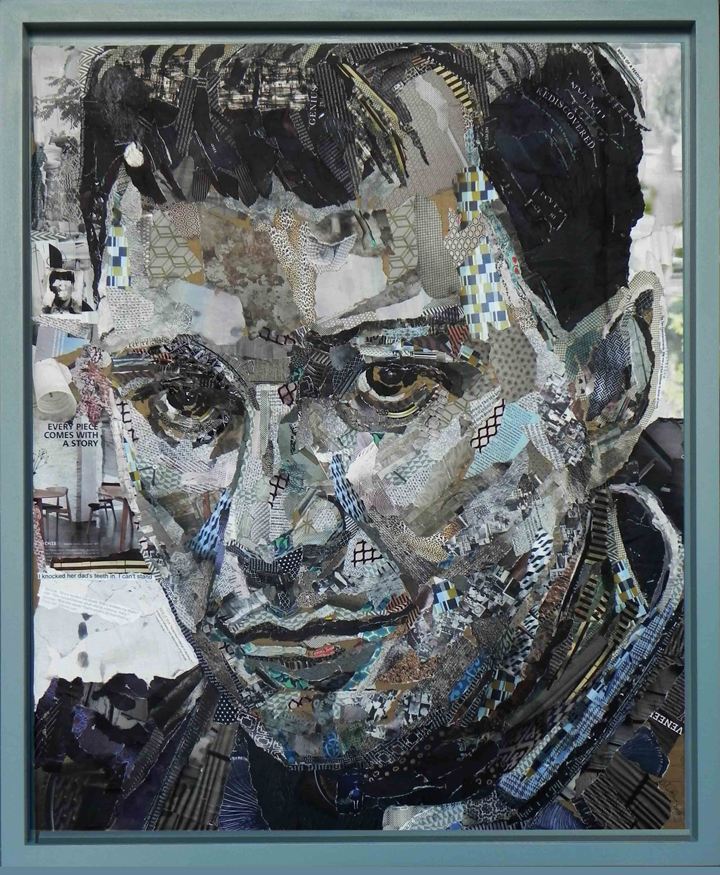 One of Britain’s most groundbreaking writers, Joe Orton grew up on the Saffron Lane estate in Leicester, growing up ontate. He graced this world with rebellion – sexual and otherwise – and dark humour, writing plays that shocked, outraged, and amused audiences.
www.dvaughangallery.com 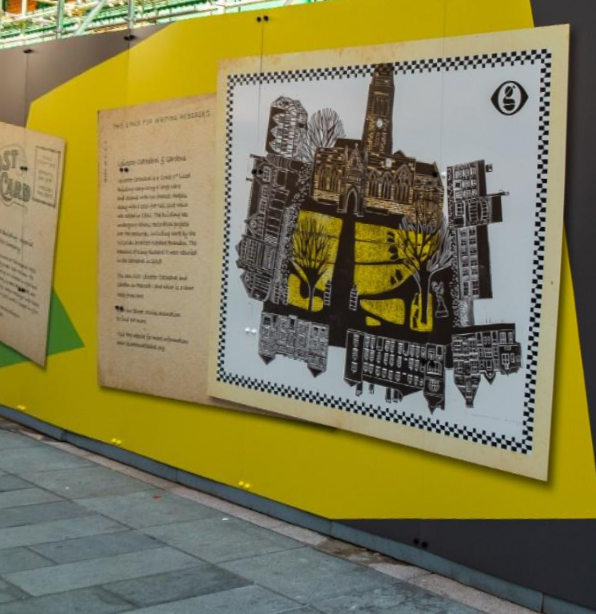 Artwork  |  Postcards from Leicester - the architecture of our city

Leicester is one of the oldest cities in England, with a history going back at least two millennia, including being occupied by the Romans for more than 400 years. As such the city has a wide variety of architectural styles. From the timber framed Guildhall,  to the flamboyant Art Nouveau facade of The Turkey Cafe, the historical architecture of Leicester is as diverse as its people.
www.sarahkirby.co.uk

"I'm very pleased that Bid Leicester are using Leicester artists to promote the story of the city," says Sarah Kirby. "It's a really great project to enliven parts of town which are empty or being refurbished. I'm delighted to have a number of my images on the hoardings around the once lovely Fenwicks, while is being transformed. The project also introduced me to the concept of Augmented reality - you point your phone at the images and they move!!"