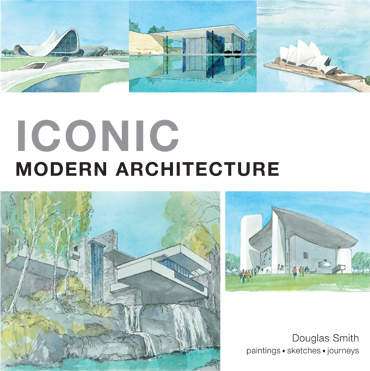 Click on images in the Gallery below for larger image and captions.

Good modern architecture is a magnet to Douglas, an architect and artist travelling the world with his sketchbook and camera. He shows us fascinating architecture coupled with unexpected encounters, surprising connections and stories. In this book we have a delightful compilation, an opportunity to see how an artist-architect captures the sense of place. 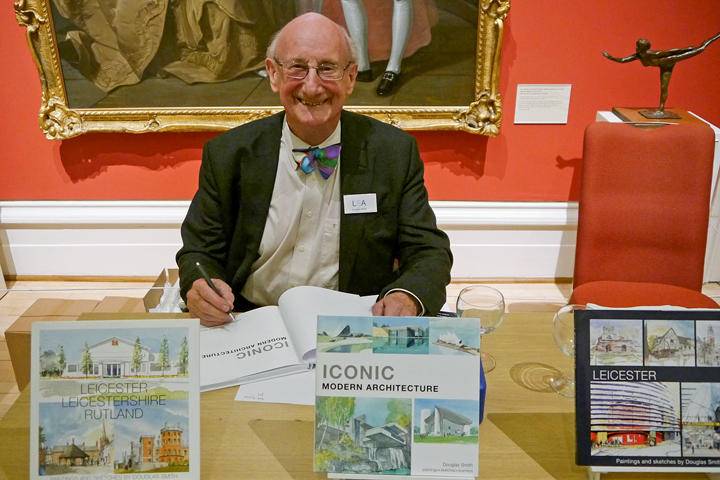 Douglas has an insatiable love for travel and art. Throughout his long and distinguished career as an architect Douglas Smith has enthusiastically followed his passion for painting and sketching, often sketching on the spot with in his hand-made sketchbooks of watercolour paper. Douglas Smith held an unprecedented term of office as President of the Leicester Society of Artists for 27 years. 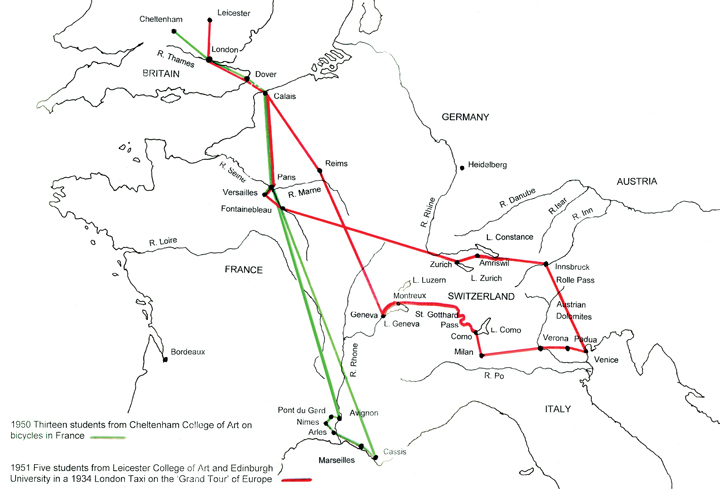 These are the brushstrokes of an adventurous spirit, exploring the variety of buildings, landscapes and furnishings of the 20th century throughout Europe, Canada, North and South America, Japan, Australia, Russian and China.

All the money raised will go to the Hope Foundation for Cancer Research in Leicestershire and Rutland, in memory of a friend, Allison Wilson, whose tragic death from cancer in 2002 led to the creation of the Foundation.

Douglas Smith Dip.Arch FRIBA FLI FRISA studied art and architecture at Cheltenham College of Art before completing his architectural training at Leicester School of Architecture. From 1963 – 2000, the Douglas Smith Stimson Partnership designed a substantial number of buildings and the arboretum for the University of Leicester and the Innovation Centre for De Montfort University.