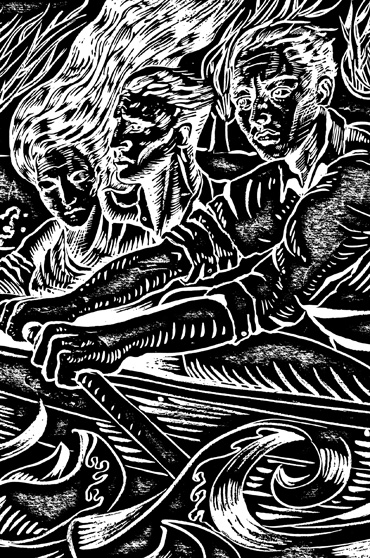 George Sfougaras has been selected as a finalist in the "Capturing Human Rights" theme by Freedom House in the 5th Annual Photo & Art Contest.

"'Songs from my Father' is inspired by the beautiful songs of my childhood," says George Sfougaras. "The print however, is about the duality of the human experience. The man in the improbably small boat rows on as the couple in the background stand in the water. Can (we) he save them? Can he (we) see them? Are they (we) even on the same plain? 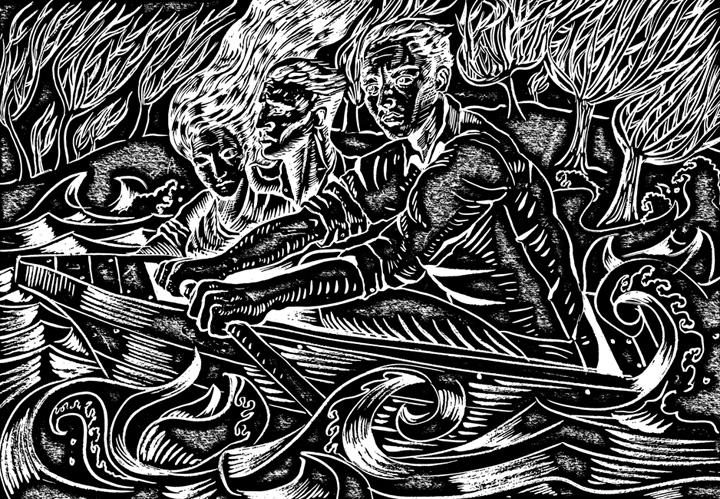 The sea is rough and the wind is up. The romantic lyrics sung by a man in love to his beloved,  'Let your hair wave free in the strong south wind' , becomes the incongruent theme tune to the tragedy unfolding all around us.

The beauty of the song and its lyrics contrast strongly with the reality of mass exodus from war-torn Middle East. As the stylized figures vie for survival and the woman closes her eyes, we are asked to look again at what is really going on."