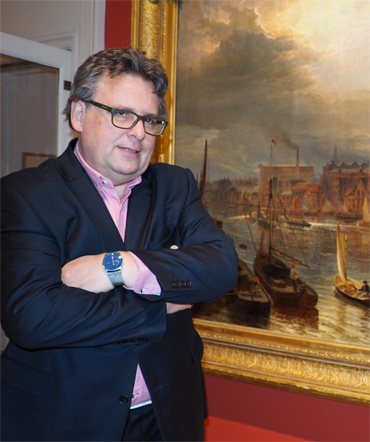 The evening’s talk by Lars Tharp, President of Leicester Society of Artists, was given on 23 November 2017 in support of Rethink Your Mind project. Our venue was the sumptuous surroundings of the Victorian Gallery at New Walk Museum and was well attended by visitors, LSA members old and new, and distinguished guests including portrait painter Bryan Organ. 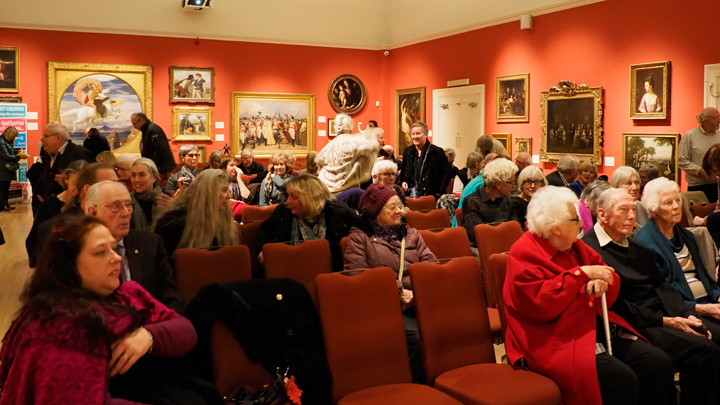 The lecture was introduced by LSA Chair Suzanne Harry and began with Pete Hirst of RethinkYourMind outlining the aims and hopes for Yellow Book 2017. 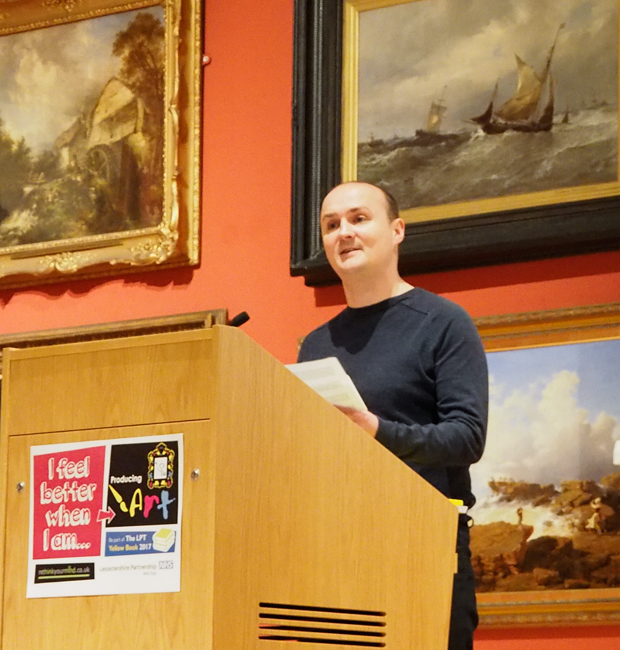 Pete Hirst spoke movingly of his own struggles with mental health and his determination to help others recover and maintain good mental health.  The Yellow Book was developed by those with experience of mental health challenges, its purpose being to creatively express well-being.  People submitted creative work from all over the area around the theme of, ‘I Feel Better When I Am…’ and all pieces featured in the book reflect on what helps to keep us positive and well.

Lars Tharp’s talk was a positive and personal investigation into art from the minds of artists who, though perhaps suffering from depression, insanity and illness, illuminated a hidden, often uncomfortable world. 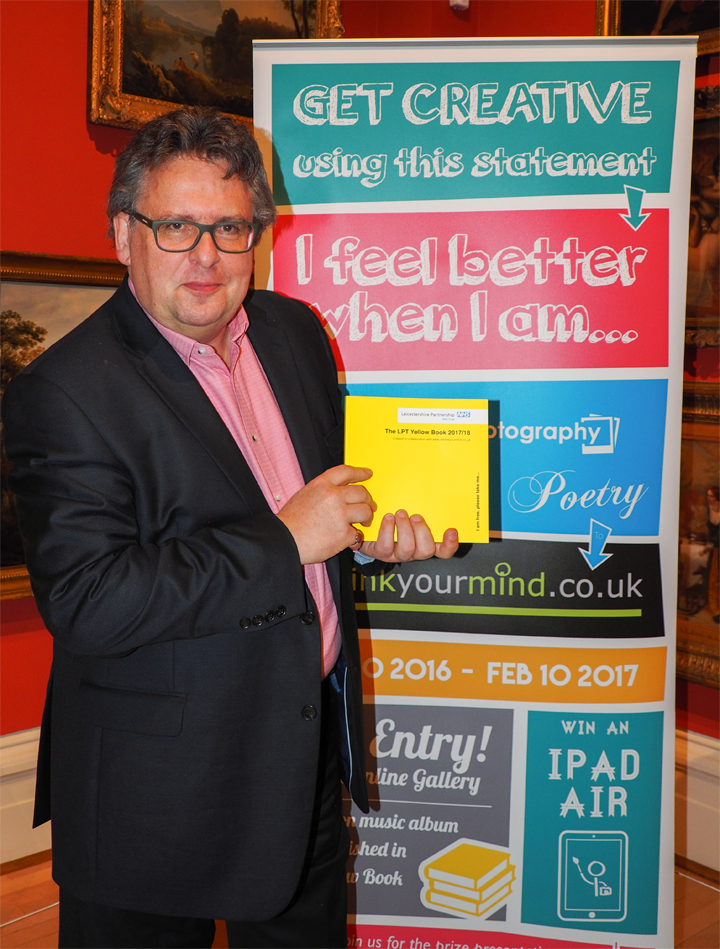 During the evening Lars showed how attitudes have changed towards mental health. ‘Bedlam’, London's hospital for unsound or insane minds was a place of fear for many years, its gates surmounted by statues of Raging and Melancholy Madness - tortured figures, naked, chained and manacled. Over time the Bethlem Hospital, now moved to Kent, has transformed into a nurturing and healing place, its columns and architecture embellished with patients’ brightly coloured ceramic artworks.

Lars guided us through many examples of depression and insanity in artists a thoroughly thought-provoking evening. “Are we all mad?” asked Lars, “or - perhaps the real question is: who among us can claim to be fully sane?"

Are artists depressives, reflecting on their own humanity, or are they trying to make sense of the often-crazy world, filled with contradictions and misunderstanding? Vincent van Gogh said: ‘I put my heart and my soul into my work and I have lost my mind in the process’ - an achingly poignant confession. Perhaps the obsessions that lead artists to dedicate their time and energy to making art are necessary. How is the value of art to be determined; what of the ‘madness’ of art markets where artworks from paintings to ceramics, both ancient and contemporary, can sell for millions of pounds?

It was a thoroughly thought-provoking evening. 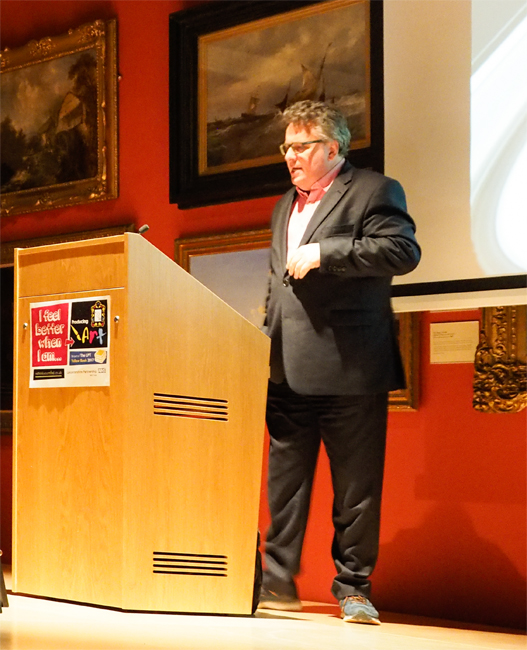 The talk took us from Hogarth’s Black Dog in the ‘Rake’s Progress’ and through the late Georgian obsessions with dreams and nightmares to Victorian intrigue with the world of spirits, fairies and craniology and the troubled mind of Richard Dadd the patricide.  We moved through the later worlds of artists Escher, Munch, Van Gogh and Bacon and on to the creations of Walt Disney and the landscape immensity of Mark Rothko’s final installation in Huston, Texas.

In the concluding part of the lecture, Lars considered the most basic tools of creativity – hand, eye and brain. Using these fundamentals, artists create perspectives and insights on our world; they have been doing this for millennia – from the prehistoric shaman's hand prints found deep in caves, to modern-day portraits where the sitter is explored on many levels. 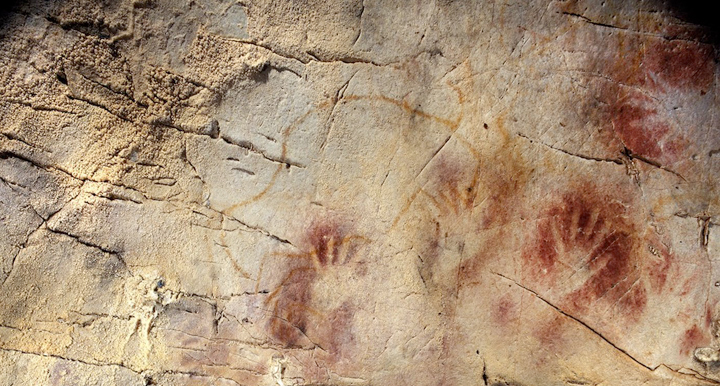 All truly great artists, argues Lars, are obsessional in some way or another in their pursuit of things beyond mere surface; examples he gave ranged from Durer ( 'The Hare' and 'The Large Piece of Turf') to Bryan Organ’s intense portrait of Harold Macmillan, and - Lars being a ceramics enthusiast -  Grayson Perry’s pottery portrait of the disgraced politician, Chris Huhne.

Artists have the potential to view the world differently, says Lars, often engaging with that which can’t be seen or understood immediately, then transposing it into art that may change our perceptions. 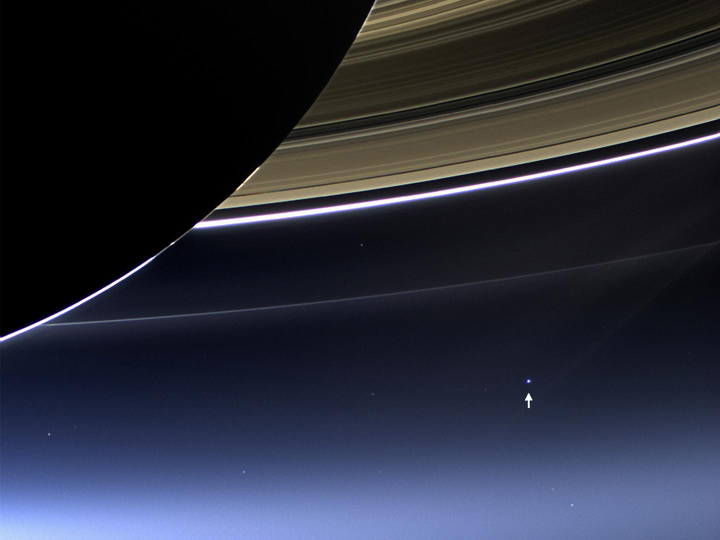 From the edge of Saturn: Earth - photograph taken by the Cassini mission (NASA/JPL)

The final image of this enlightening and thought-provoking lecture was a photograph created from photographs taken from NASA's Cassini spacecraft, capturing the great rings of Saturn with the tiny blue dot of Earth seen many millions of miles beyond.

This exquisite picture  - in reality an artificial collage of many images -  offers us a view of our little world which, until now, no human us has ever seen  - a new and powerful way of seeing ourselves, an image made possible by what was once considered the ‘madness’ of  space exploration.

‘From the Edge’ by Lars Tharp took place on Thursday 23 November 2017 at 7.30 at New Walk Museum and Art Gallery Leicester. 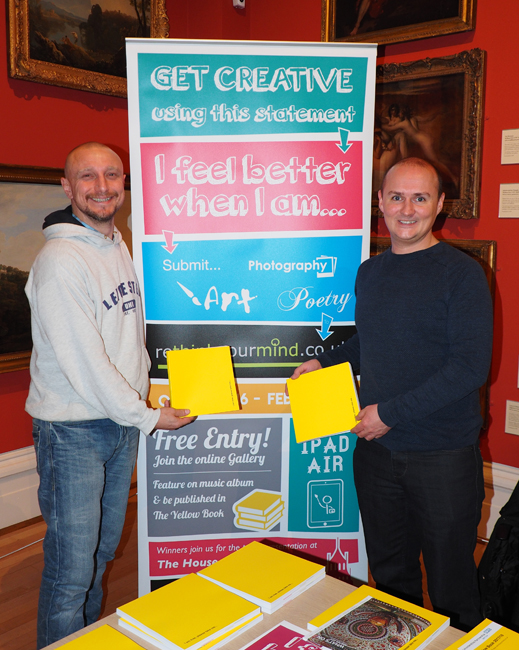 The Yellow Book is free and is supported by NHS Leicestershire Trust.  It contains poems, writing and artwork and is a free resource signposting organisations and support networks to enhance mental health wellbeing.