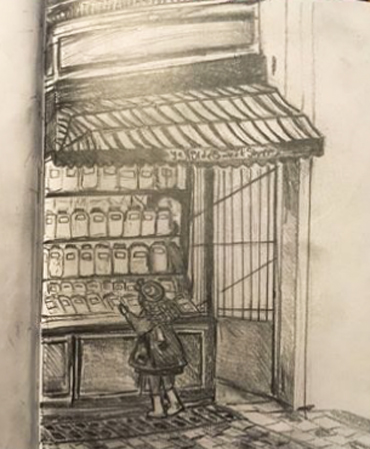 The Urban Sketchers Leicester had a very successful sketching event in St Martins Square in the city centre in January from 12 to 3.pm where about 35 people turned up to sketch and paint. 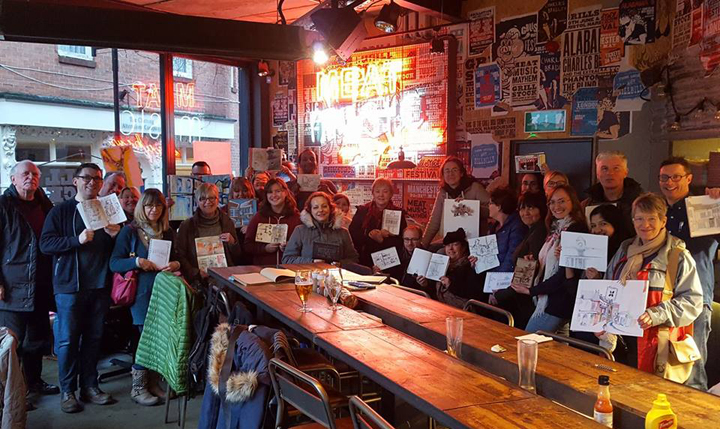 Many spent the day inside these cafes drawing and talking with other artists while some were very happy to sit alone and focus on their work. The session ended with a group show of work and chat. 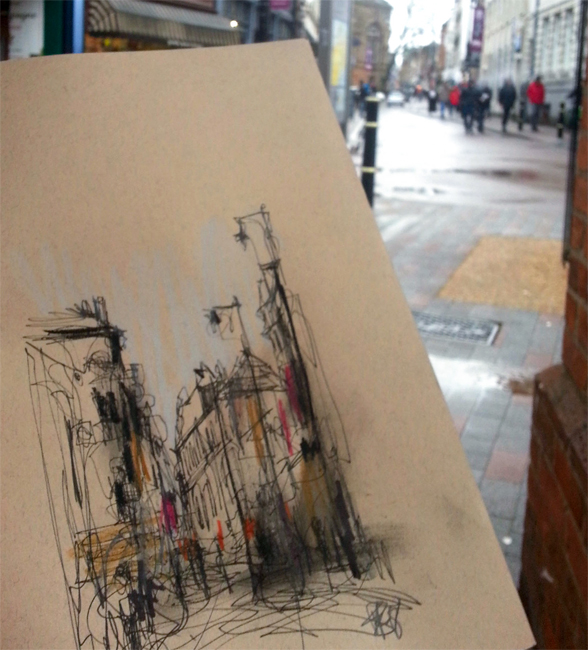 A wide mix of people came including beginners and experienced, those local to Leicester and further afield including some from Nottingham.

It was a bitterly cold day with many members braving the elements for a few hours before retreating into the various cafes that had allowed the sketchers to draw inside, including KAI Kitchen, Grillstock BBQ Smokehouse Leicester and Bodega Leicester. 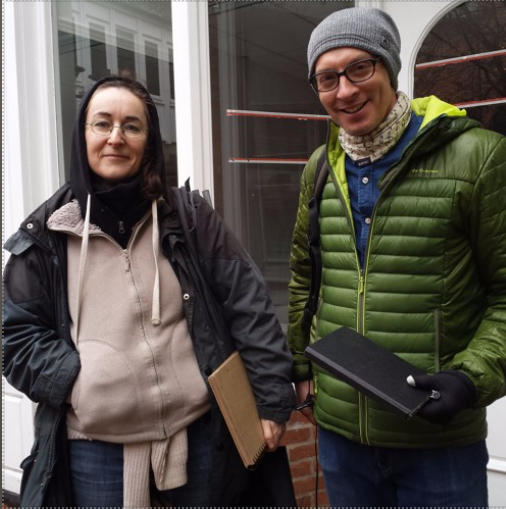 This is the third meeting for the enthusiastic unofficial 'Urban Sketchers Leicester' in the city centre.  Organisers Emma Fitzpatrick and Austin Orwin took part in an impromptu interview by Barney Speigel on the day, which can be heard on Speigelsound or click here.

Dates for the next meetings of the unofficial Urban Sketchers for Let's Draw Leicester include 10th March and 28th April 2018 - details will be uploaded onto the Facebook page shortly.