Tim Fowler painting auction - Save the Hogarth for Leicester 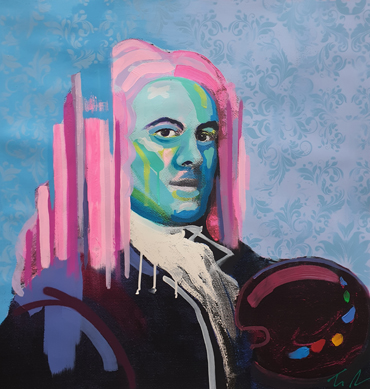 Tim Fowler's painting of Hogarth goes under the hammer to raise funds for the 'Save the Hogarth for Leicester' campaign at Gilding's Auctioneers in Market Harborough on Tuesday 19 Februrary.

The plan is to save the painting by William Hogarth of the Wollaston Family and The City of Leicester Museums Trust has until 28th February to raise funds from public donations. 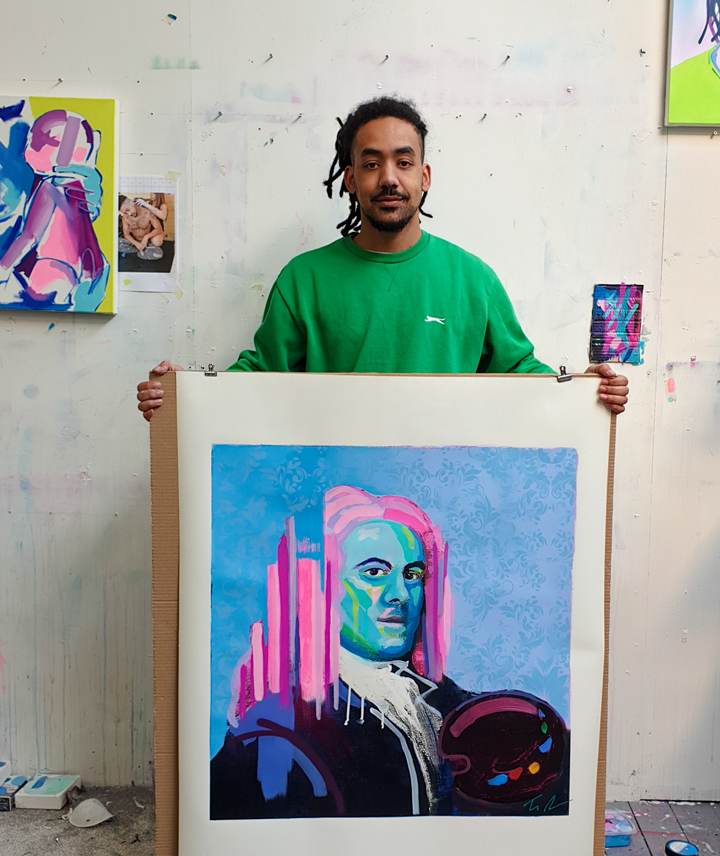 Tim Fowler with his multi-media work, 'Hogarth' in his studio

Tim Fowler has donated his painting of William Hogarth, to be sold under auction to raise money for the fund. Painted with bold juxtaposition of intense colours and media, this large original work on paper by Tim Fowler was created 289 years after Hogarth painted his commission of the Leicestershire Wollaston family. Tim Fowler has used combinations of acrylic, enamel, gloss, spray paint, ink, graffiti paints, oil sticks and marker pens for the portrait.

Tim Fowler has built a national reputation for his recent series of famous and iconic figures from the past, interpreted in his contemporary and unique style with strong colour and abstract elements.  2018 saw him in at the Brooklyn Expo Centre in New York, at five group exhibitions in London, including the Other Art Fair.  Also active in Leicester where his studio is based, and exhibiting with studionAme in August, he took over the LCB Depot Lightbox Gallery November 2018, painting 100 skulls in a week-long live-painting installation, 'Memento Mori.

The painting by Tim Fowler has been framed by A & G Picture Framers, and is offered for auction in Lot 300 by Gildings Auctioneers at The Bill, Great Bowden, Market Harborough LE16 7DE on 19 February 2019 from 12.30pm onwards.  Gildings are waiving buyers and sellers fees for this sale so the entire proceedings will help to 'Save the Hogarth'.

W: Lars Tharp - Save the Hogarth for Leicester  -  on our 'News' section

W: leicester.gov.uk/Hogarth  -  more about 'Save the Hogarth'