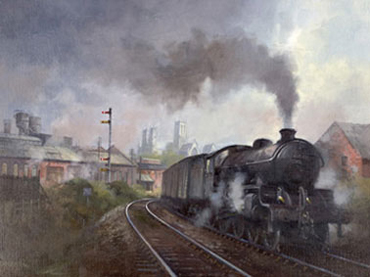 David Weston was a painter for over fifty years - the last thirty-six of them as a full-time professional artist. Light interested him most and whether it was an interior or a landscape, he considered that light and atmosphere was paramount to its success.

He held a number of solo shows in some major galleries throughout the UK including the Laing at Newcastle-on-Tyne, The Royal Scottish Gallery in Edinburgh, The National Motor Museum and the National Railway Museum.

He made made a number of television appearances, including two documentaries about his life and work,. He published 8 books of his paintings.

David held annual solo shows in October the purpose-built gallery in the garden of his home at Kirby Bellars in Leicestershire.