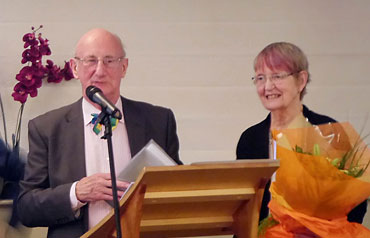 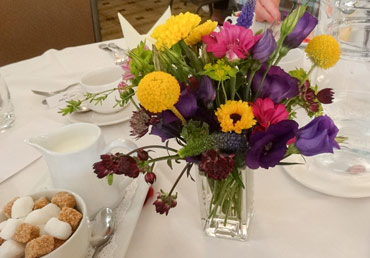 Douglas and Shirley Smith were guests of honour at a commemorative dinner held on Thursday 28 May 2015 at Taste Restaurant. 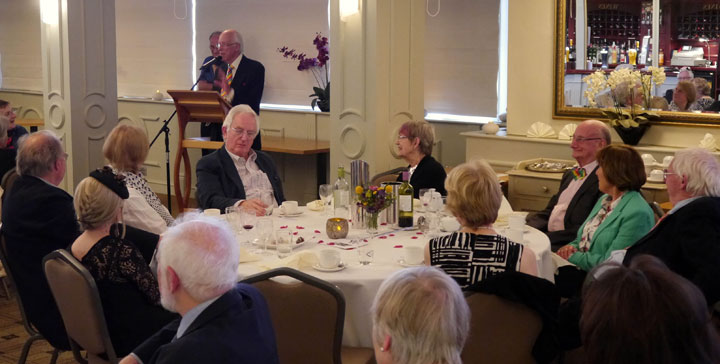 "We have happy memories of Leicester Society of Artists", said Douglas Smith, "and you all have become great friends." 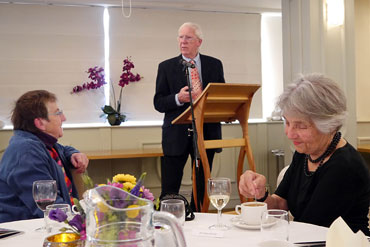 Portrait painter Bryan Organ said he had introduced Douglas Smith as President in 1987 with an expected term of 2 or 3 years.  "Little did I know then that Douglas would be up for seven times three  presidential terms," he quipped.

"William Feaver gave a brilliant talk in 1983 on the Pitman Painter as part of his tour to China as the first LSA lecture" recalled Douglas Smith. "Then in 1999 the Museum suggested we should have two exhibitions each year and that started the themed exhibitions. We shall never forget the tour’s first to see Cézanne Exhibition in Aix in 2006 and the next year to Nice and so on - all very happy times. What a surprise, when in 2012 the members presented the ‘Wonder Box’, I was speechless!"