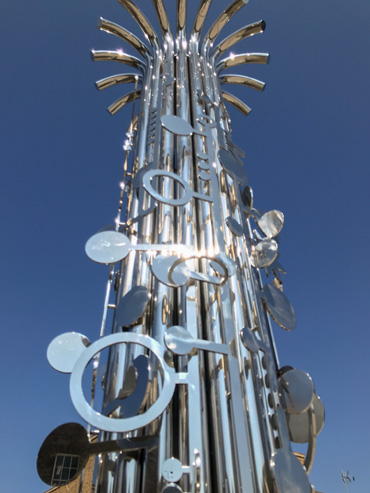 'Adagio' a new sculpture by long standing LSA member John Sydney Carter was unveiled in a ceremony at the University of Leicester on 31 March 2017. The three-metres high sculpture in polished stainless steel was commissioned and donated to the University by Dr Adrian Weston, MBE, in memory of his wife, Bridget, who died in 2014. 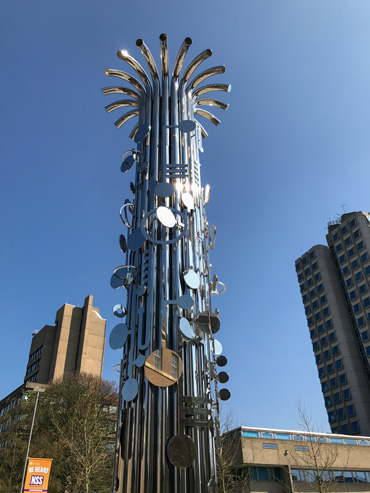 The new sculpture holds a prominent position in the University’s new public square near the Fielding Johnson and Percy Gee buildings in Leicester.

At the unveiling, Dr Weston, a distinguished Honorary Fellow of the University and a former member of the University Council, told guests: “Bridget and I had been associated with the University for a number of years, prior to her death. In particular, she supported Sir Robert Burgess in his efforts to provide sculpture in various parts of the campus and this is how we got to know John Sydney Carter’s work.

“Bridget had a keen interest in art, for which she had a keen eye. She was a good water colourist herself, specialising in botanical paintings, and she loved music. I am sure she would be delighted that John has created “Adagio’’ for her.’’ 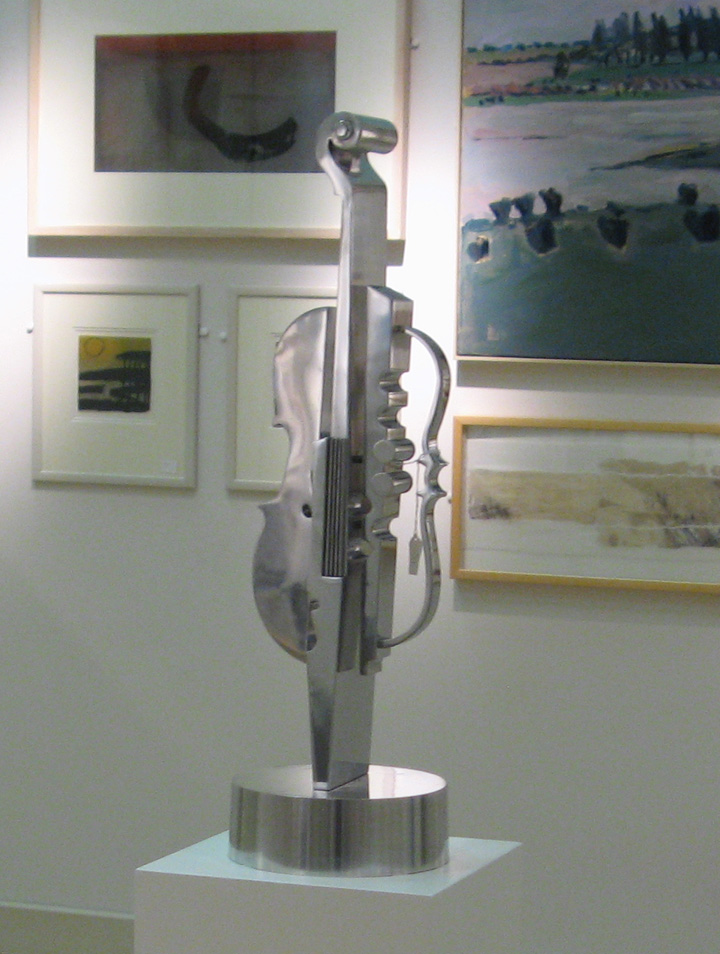 The sculptor explained that it echoes an earlier work of his, ‘Concerto’, which greets visitors to the De Montfort Hall. The photograph shows the maquette for 'Concerto', which was exhibited in Leicester Society of Artists Annual Exhibition 2010 at New Walk Museum & Art Gallery, Leicester.

Adagio is the Italian word for ‘slowly’, used in musical tempo instructions. 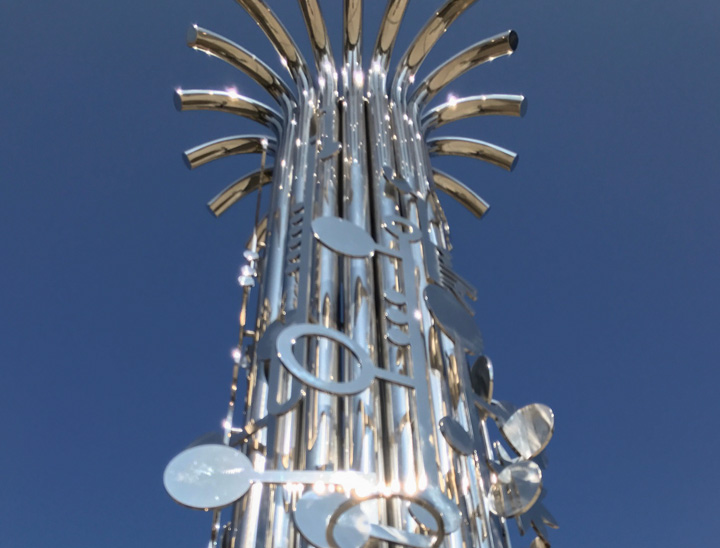 ’Adagio’ mirrors the curved contours of brass instruments, such as the saxophone, adorned with bold shapes suggesting the keys of woodwind instruments such as flute or clarinet, or even the staves and crochets of musical notation. 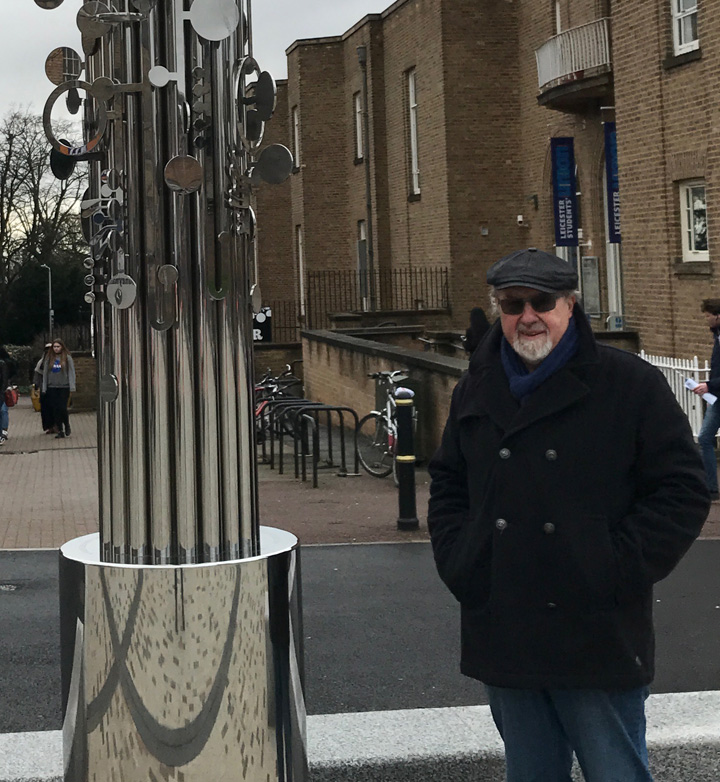 “I worked from the original two-dimensional designs, by making a full-size mock-up in order to work out all the complexities of the forms. When that was completed, I made a series of drawings in order the plan the final sculpture, which is completely constructed from polished stainless steel.’’

See more photographs in the gallery below . . .