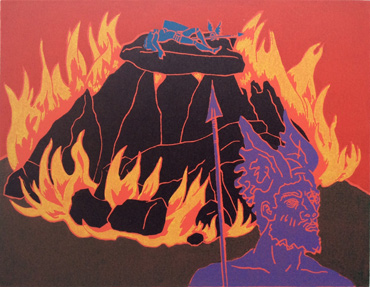 Phil Redford will be showing his linocuts selected from his books based on the 'Ring' cycle by Richard Wagner at Leeds Town Hall to coincide with Opera North's two complete semi staged cycles there between 23rd April and 29th May 2016. 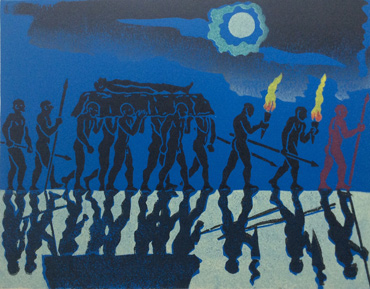 Phil is also negotiating to show them at Nottingham Royal when Opera North brings the cycle on tour there in June.