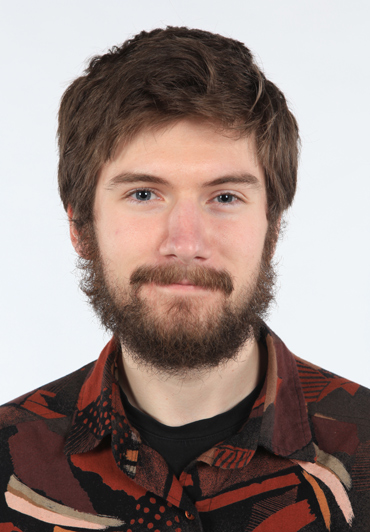 Huw Janes is a Runner Up in the LSA Student Award 2015 with his painting The Blessing Song, on display in LSA Annual Exhibition 2015 at New Walk Museum & Art Gallery from 6 November to 9 January 2016.

"Jazz is now rooted as the principal music of my canvases." says Huw. "As a musician – saxophonist, drummer and percussionist – my understanding of this music is quickly maturing and I plan to continue experimenting with more genre-specific devices such as the blueprint and retrospective methods of improvisation, call-response and collaboration." 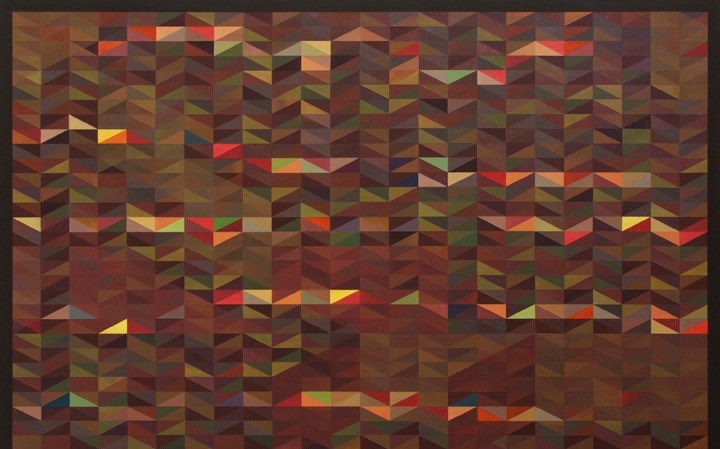 Huw Janes geometric compositions respond to specific pieces of music. He experiments with the perceptual relativity of colour to describe tonal intervals and rhythmic intervals of time. "Colour is always changing. Our eyes have evolved to detect ‘difference’ . . simultaneous contrast  is always happening. Likewise, we may recognize the precise difference between standard musical pitches. These tonal intervals, as well as rhythmic intervals of time, can be quantified numerically and given a visual equivalent, be it through the use of colour relationships or pictorial space." 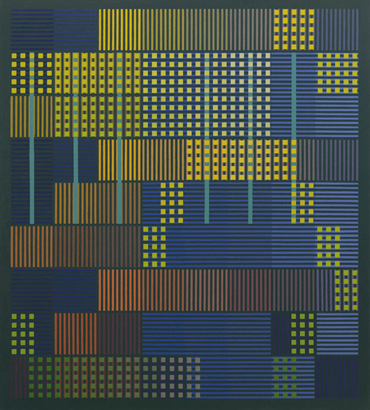 "My emphasis is on an expressive arrangement of colour and form to achieve a stimulating aesthetic experience, similar to that of music,"says Huw. "Counterpoint has become perhaps the most crucial aspect of my recent work."

Huw's paintings could be called Colour Function Paintings, but perhaps even more suitable would be ‘Eye-Music Painting’ which has been used to describe the paintings of the great Bauhaus masters Kandinsky and Klee. "Klee has been an enduring influence on my work," says Huw, "particularly for his ‘divisionist’ paintings."

Huw Janes is the drummer and percussionist for the Rugby-based band The Anteloids.  He is one of the organisers of the Pig & Applestock Festival held in Naseby in August and designs all the artwork for the festival. He has just recorded, Pluto, his first piece of solo music.