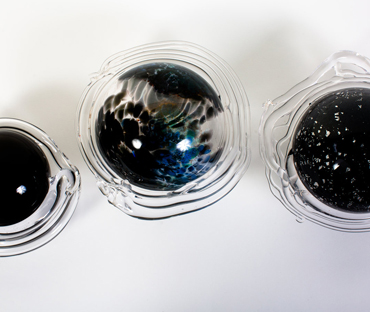 Gillian McFarland, Ione Parkin and Alison Lochhead have developed a body of artwork in connection with astronomers, cosmologists and planetary geologists. They have been exploring the rich imagery of space, engaging in creative dialogue with researchers and gaining new insights into the dynamic forces of the universe.

The artist-led project has been supported by funding from the Royal Astronomical Society and the Arts Council England and involves astronomers from the University of Leicester, the Institute of Astronomy, Cambridge, Imperial College, London and Cardiff University. The project was launched at the Cambridge Science Festival March 2017 with an exhibition, talks, panel discussions and workshops.