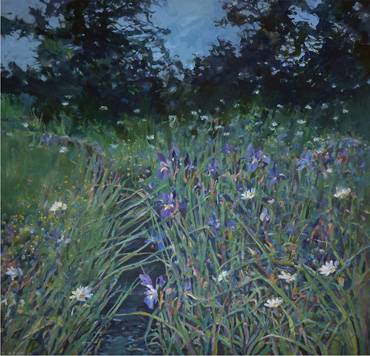 Congratulations to the four members of Leicester Society of Artists who have won prizes in the national Yellow Book 2017 by the Rethink Your Mind project.  Christopher Bent, Siyuan Ren, Ruth Singer, Lisa Timmerman have works included in the Yellow Book out of 500 submissions of poetry, photography, music and paintings. An award ceremony for the 50 national winners took place at the House of Lords on 7th June 2017, hosted by Lord Patel of Bradford. 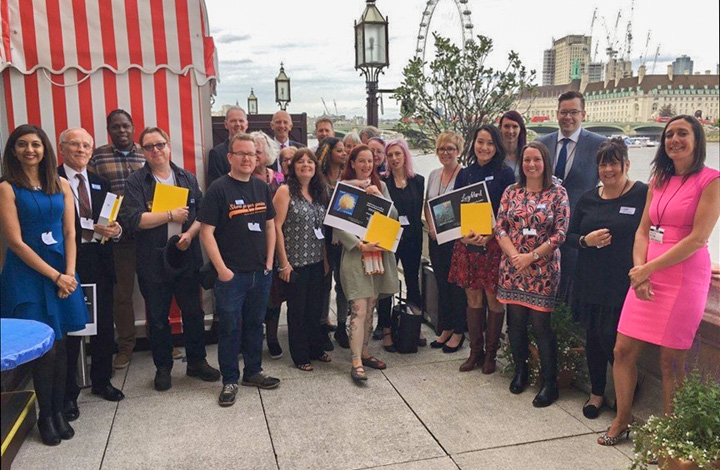 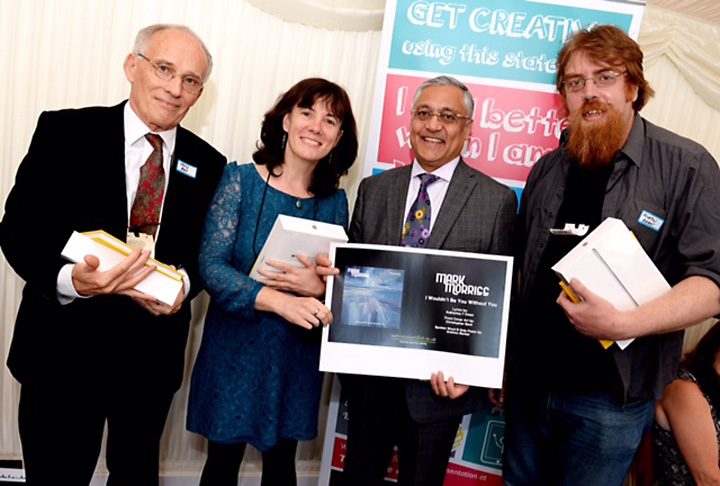 “The presentation at the House of Lords was very impressive and well attended, “ says Christopher Bent. “Ruby Wax gave a very moving insight into her own experiences and mental health problems and was speaking fondly of her support for this very worthwhile project.  It was a splendid and inspiring afternoon and the sun shone!” 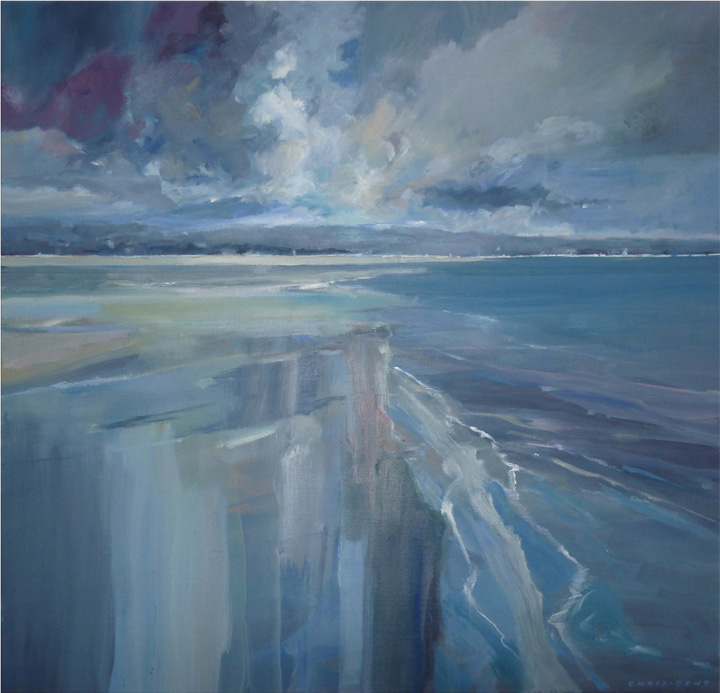 Christopher Bent’s painting 'Shoreline' was selected as the cover art for a single released by Mark Morriss 'I would not be you without you' with words by Katherine T Morris. 'Shoreline' and a second painting 'Watermeadow' by Christopher Bent were both selected by the National jury for inclusion in the National Yellow Book. He was presented with an i-pad and two hard back copies of the 2017 book. 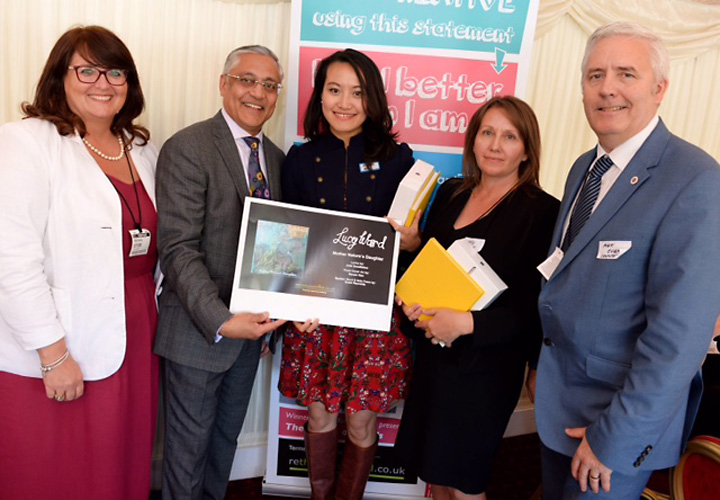 Winners and sponsors of the Yellow Book 2017 including Lord Patel (2nd left,) and Siyuan Ren (centre). Photo: Will Johnston Photography

“I am still thrilled that I have won a national prize of Yellow Book competition," says Siyuan Ren, "It was an honour to receive the prize at House of Lords.” Siyuan Rens's painting 'Rising above Silt' was chosen for the album cover of 'Mother Nature's Daughter', recorded by Lucy Ward and is included in the national Yellow Book 2017. 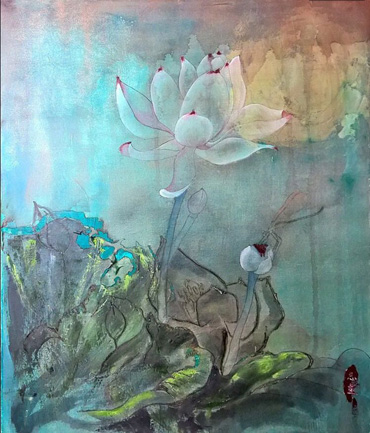 "What really touched me was how Peter Hirst, the founder of Rethink Your Mind project, had overcome his bipolar and gone so far to share his experience and help others,", says Siyuan.

"Painting is my own meditation process in my extremely hectic lifestyle. In addition to winning a prize, I am more pleased that my artwork is now part of the Yellow Book, which can help others.”

Ruth Singer's 'Ash Map' will be included in the new book for 2017. "The theme for entries was ‘I feel better when….’ ", says Ruth, "and for me this is walking in the countryside. The line of the piece follows the route of a walk and is stitched with the seeds of an ash tree which I collected. " 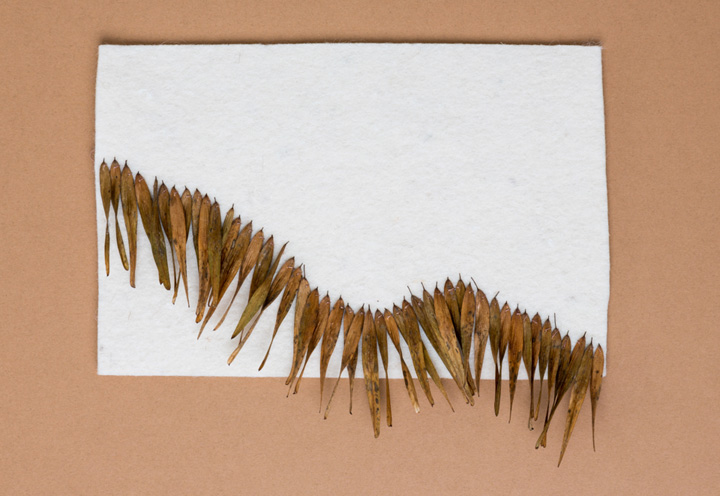 "This work and a number of others explore the natural world and the therapeutic nature of walking and were created in late 2015 as I was dealing with a painful relationship break up, when walking was essential to calm my mind and focus on things outside of my own head.

Walking a lot is nothing new for me," says Ruth Singer.  "I have always loved walking, but these pieces are the first work I have produced which use this experience of walking as a theme and inspiration to making." 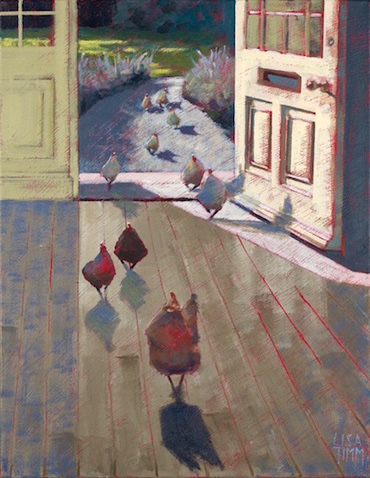 Fourth LSA winner was Lisa Timmerman with her painting 'Here Come the Girls', which will appear in the national Yellow Book 2017.

Rethink your Mind project wascreated by people with experience of mental health challenges with the purpose of creatively expressing well-being. The Yellow Book is published in 2017 with 50 pieces of art, photography and poetry drawn from over 500 national entries. The audio Yellow Book will be launched later this year featuring poetry, music and wellbeing practices to download.