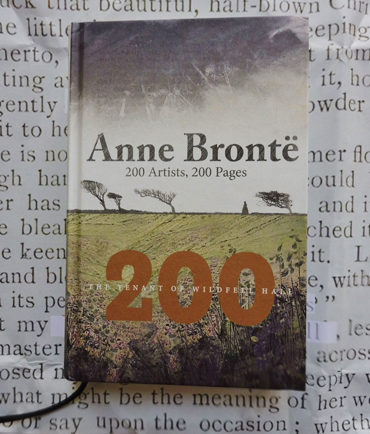 On the Bi-Centenary year of Anne Bronte's birth, a celebratory Art Book has been put together including original new works by 200 artists. Organised by texile artist Lindsey Tyson, each artist who contributed to the book was sent a page from 'The Tenant of Wildfell Hall' to inspire a piece of work the same size as the page, based on the book itself or any aspect of Anne Bronte's life and work. 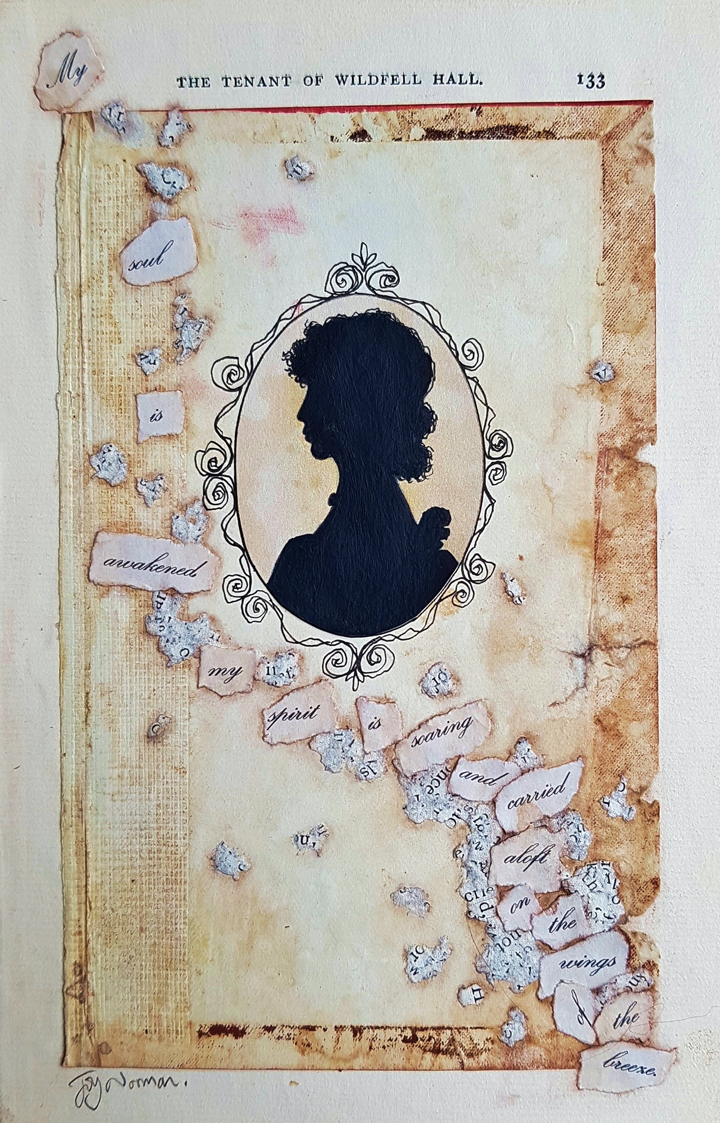 Joy Norman, 'My Soul', included in the Anne Bronte 200 book

Joy Norman based her work on the line from Anne Bronte's poem,  'Lines composed in a Wood on a Windy Day':

"My soul is awakened, my spirit is soaring and carried aloft on the wings of a breeze".

"I loved the line from this poem," says Joy Norman, 'Walking through trees on a windyday, watching the crashing waves at the sea or observing a cornfield on a sunny day - Anne could capture those moments with such eloquence'.

As a child, most of the colour in Anne Bronte's work was created by her own and her sisters' imagination.  She was employed as a governess to the Robinson children, when she discovered new pleasures, such as the grounds at Thorpe Green Hall and the sea at Scarborough, which influenced her writing.

Anne Bronte was born on 17 January 1820 and also wrote 'Agnes Grey'. She died at the age of 29, after succumbing to tuberculosis, and is the only member of the famous literary family not buried at their home in Haworth, West Yorkshire. Undervalued, underrated and often dismissed, Anne was a radical, a feminist, and an unsung hero. 'The Tenant of Wildfell Hall' was her bestselling, and final, novel.

Each of the artworks have been professionally photographed and are now presented as a whole collection in a book, with an annotation from each artist alongside their work. The 'Anne Brontë p 200' book is available to order from Lindsey Tyson's website. www.lindseytyson.com

The pieces, each inspired by a different page of the book, are being shown at the Woodend gallery in Scarborough. 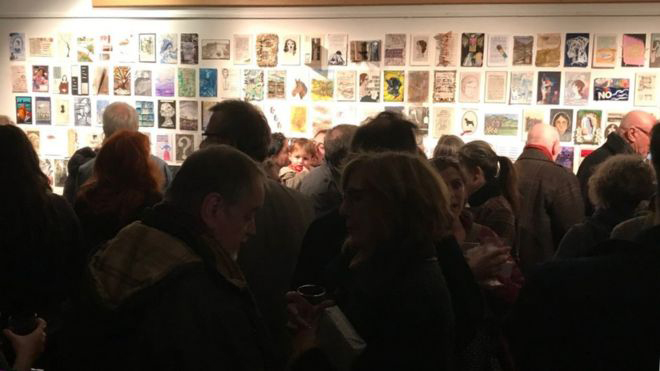