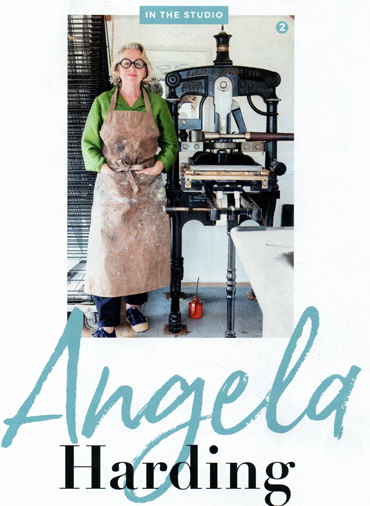 Angela Harding, the artist behind some of today's best-loved prints and book illustrations talks to Rebecca Bradbury about the delights of the British countryside and dividing her time between two studios 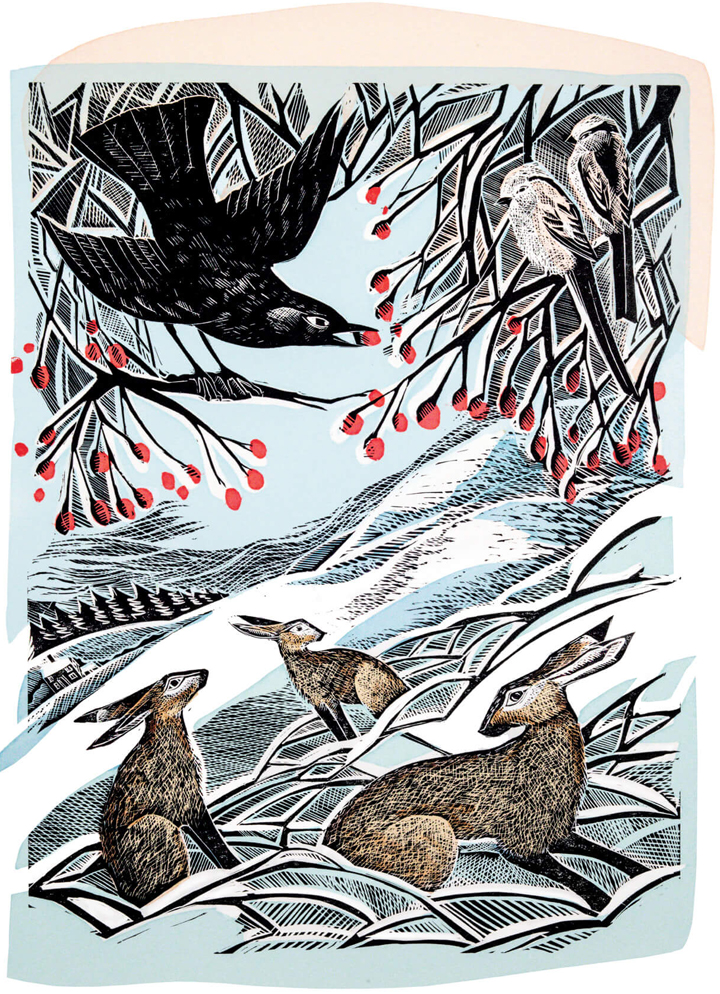 "I live about as far from the sea as you can be,'" explains the Rutland-based artist, but we have a little wooden boat we keep in the Suffolk coast and we spend quite a bit of the summer on that. That's the watery element that inspired my work."

"You always see nature very closely when you're on the water with it," she adds. "It gives you time as well. When I'm on the boat I can really concentrate on drawing and thinking about the images that I want to create."

Yet with a studio overlooking a field of grazing heeps at the bottom of her garden, slap bank in the middle of the East Midlands countryside, Angela's more permanant surrounds still fee into her art - and it is these scees that have remained at the heart of her output.

As an art student in the early 1980s, however, it was the moregruesome aspects of rural life that caught her attention. Cycling through country lanes from her home in Melton Mowbray to LeicesterPolytchecnic (now De Monfort University), she would collect the carcasses of dead animals, using them as fodder for her drawing practice.

Despite the morbid subject matter, her dedication to honing her draughtsmanship laid a very strong foundation for the signature graphic style in her linocut and silkscreen prints.  "I don't think all the observations drawing I did as a student is lost on what I do toda because all that actual core drawing comes out in stylised work," she says. "You can tell when people haven't got drawing behind them."

Also feeding into her current practice are the two decades spent prioritising etching and drypoint - two printing methods that require a more realistic mode of mark making.  It's possible to spot their influence in the lines and patterning of Angela's work. '"How you stylise the imagery you're using becomes a natural sort of expression of what you're trying to say in the picture," she notes.