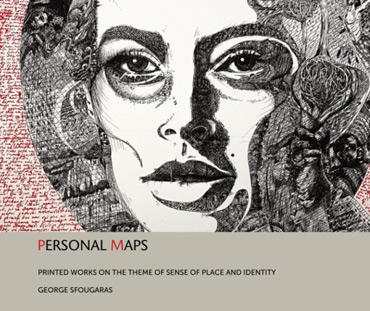 The new book by George Sfougaras of his recent prints, narratives and poems and follows his journey into a sense of place and identity.

George Sfougaras in his studio at Leicester Print Workshop

I started to draw simple descriptive maps around May 2016. Their emergence and development were entirely unexpected. I can only suggest that they came from a deep need to revisit aspects of my past and to understand our family history. 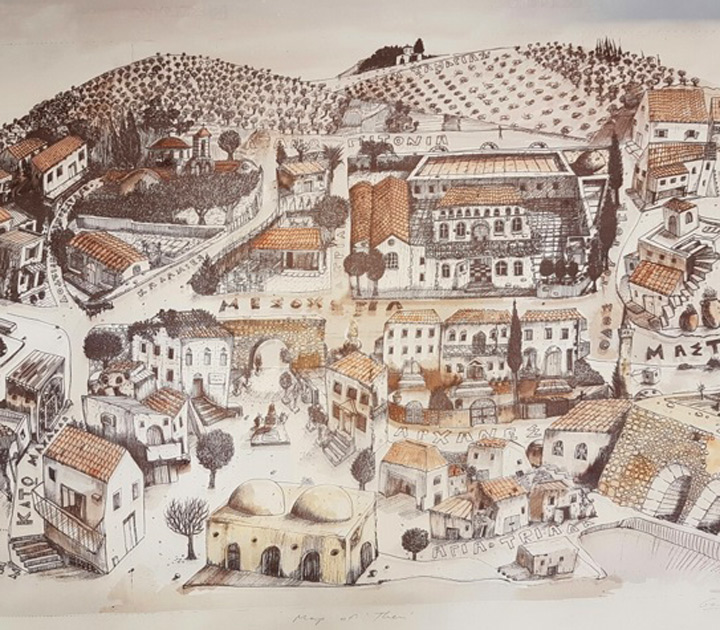 George Sfougaras, Map of Then

This image materialised one day when I was sitting near the open window of our little house.

I was thinking about how useful it would be if we had a map of the village. Apparently, a long time ago the streets had names and signs, and a previous mayor had even designated the steep road to the village square, one-way.

It is sad to see what is happening to the rural areas in Crete.  As the old people pass away, the properties often stay unoccupied for extended periods of time, and thus the population of individual villages have declined sharply in the last 50 years.  Less funding and the decrease in occupancy has meant that some projects and priorities have suffered. The size of some settlements means that distances are relatively small and the local people genuinely like to talk and interact. Sadly now there are hardly any street signs or house numbers. Finding anything means finding someone to ask.There is always a friendly local willing to tell you where to find something or someone, but I realised that a map of this village would not be possible without street names and signs.

I had already started to draw a couple of the houses on the never-to-be map, and as I continue to scribble on my A4 pad, I found myself making up and re-imagining buildings, places, and streets of my childhood. What emerged was not a precise place but rather an amalgam of places and feelings.  I removed eight pages and stuck them together to form a large sheet. This simple act also meant that I was able to carry my 'map' around, making changes and working in other settings.  A large sheet gets damaged. I also like the fact that I am somehow forced to find a solution to the joints.  All these considerations contribute to a sense that this is not another drawing, but more of a plan, a map, another thing altogether. 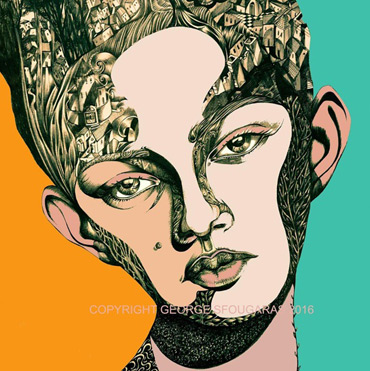 My mind turned to places and experiences that I have held onto. Echoes of my childhood and places half-remembered emerged, or places half forgotten, lost in time, or destroyed by war. Boats are metaphors for change and transition, waves signify an arduous journey and trees stand for hope. Slowly this symbolism began to merge with remembered details of places and people from different times in my life, archival material and literature.

It was in this organic way that my designs for 'Personal Maps' emerged. The works were completed between May and December 2016 at the Leicester Print Workshop. The poems were added later, as a way of explaining the feelings that motivated me to create these images.

Preview and buy the book here